The idea of global internet via satellite is nothing new.

Pioneers that failed to capture the global frontier:

Both services declared bankruptcy not long after they were launched. Both companies have re-started and are providing hundreds of thousands of the customers with satellite phone and internet services today.

Clash of the Titan

● Titan Aerospace produces solar-powered drones
○ High-tech, solar-powered satellite.
○ Can travel the globe and stay in flight for up to 5 years.
○ Can carry a payload of up to 70+ lbs
○ 54 feet long x 164 feet wide
○ Weighs 350 pounds
■ Can cover an area of over 6,500 square miles, meaning a single SOLARA platform has the reach of over one hundred terrestrial cell towers.
● Early 2014: Facebook announced plans to purchase Titan Aerospace for $60 million
● Facebook’s stated Goal: To bring internet access to developing areas
● This would be in direct competition to a Google project launched in Beta in Project Loom in 2011
○ Project Loon is a global network of high altitude balloons, which ride the winds in the stratosphere.
○ They can coordinate with other balloons to provide stable internet coverage on the ground using solar powered electronics.
○ Signals are transmitted from the balloons to a specialized Internet antenna mounted to the side of a home or business.

● April 2014: Google purchased Titan Aerospace for an undisclosed amount
● Google’s stated goal: to improve imagery capabilities for Google Earth
○ The Titan Aerospace SOLARA platform, would give Google the capability to use live mapping with a continuous stream of real-time data.

Titan Drone vs. Project Loon – How Do They Compare?

● Coverage
○ Loon:
■ Each balloon can provide connectivity to a ground area of about 485 square miles
○ Titan:
■ Each drone can provide cell coverage of about 6,500 sq mi

1. Fixed-wing drones are more reliable for long distances
2. Easy to land if necessary
3. Could potentially cause a lot of damage by falling in an urban area
4. Likely to make other countries nervous

1. Safer and more accepted than drones
2. Lightweight “weather” balloons are less likely to get shot down by governments
3. Big balloons are risky to in the air – they’re thin and wear out easily
4. Easily moved by high stratospheric winds (up to 100mph)

No matter how you look at it, Google’s got you covered. 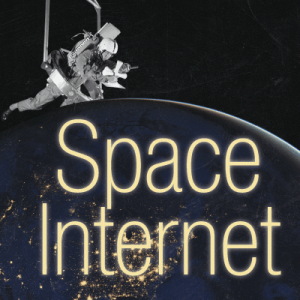