Computer science, defined by the Oxford Dictionary as the study of principles and use of computers, encompasses one of the most cutting-edge fields of technology of the 21st Century. After graduating from a computer science major, individuals are well-prepared to enter fields such as artificial intelligence, create complex computational models for the advancement of genetics research, or build responsive websites that can be integrated into a company’s backend and effectively run day-to-day operations on autopilot. Many students find the course load both exciting and incredibly challenging, especially the unapplied mathematics courses universities throw into the mix. It begs the question: why does computer science require calculus?

To understand the course requirements of a computer science major, try to imagine what it might be like to think like a computer. Since the invention of the first “computer” in 1943, according to this University of Rhode Island publication, the basis of computer science has been mathematics. Imagine over one billion inputs on a basic processor acting as gatekeepers; a positive voltage opens the gate and a direct path to ground keeps the gate closed. The combination of open and closed gates determines the output. For example, just using an eight-pin shift register as a representation of a computer’s processor, the inputs might be tied to outputs of other circuitry, so that a high state – a “1” – on pin 1 might indicate that a user flipped a switch, and a low – a “0” – might mean that the impedance of a coil is below a certain threshold.

The general idea here: a computer “thinks” in a series of 1s and 0s. Humans typically think in imagery. The connection humans and computers share that enabled humans as a species to create such a fantastic piece of technology: mathematics.

Computers can take massive amounts of data in the form of variables and absolutes and process that data into calculations, predictions, and emulations. As fascinating as they may seem, however, computers are calculators. Calculus is the finding and properties of derivatives and integrals of functions. In essence, to know calculus is to know the “mind” of a computer – precisely what a student of computer science needs to know in order to be able to create an artificial intelligence or develop a model of calculation to decode the human genome. 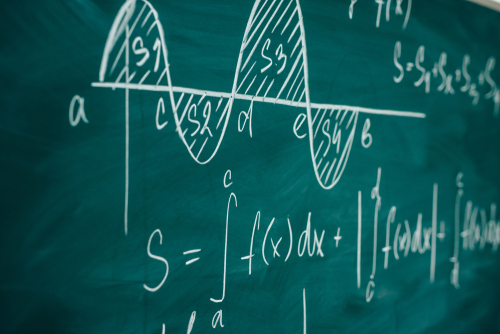 There is a bright side

There is a bright side, though. As complicated as calculus can seem at first, it can be a lot more fun to learn than statistics. Unfortunately, most computer science majors also require statistics for advanced probability data science courses.

Is it worth all the mathematics to be able to use a computer to its fullest capabilities? If it weren’t for computer scientists, the technologies most take for granted every single day would never have come into existence. There would be no digital patient monitoring systems in ICUs in hospitals around the country, no highly sophisticated air traffic control software to minimize accidents, many life-saving medications would have never been developed. Computer scientists suffer through long hours laboring over their calculus homework, sure, but at the end of the day, few career paths lead to greater innovations, and by extension, a greater impact on society than computer science.