How Computer Science Could Change Over the Upcoming Decades

Computer science has given the world technology that seemed unimaginable a decade or two ago, and these five ways computer science will likely change in the coming decades could be just as shocking. It is important to note that computer science is not a new thing; it has been around since the early 1900s or even earlier, depending on what an individual would define as a “computer.” Understanding what is in store for computer science might help a person make their decision on a college major or area of specialty.

Over the past decade, the size of computers and phones has decreased. Their shape has also changed. Today’s children are unlikely to deal with a desktop tower or a phone that is mounted onto a wall. In the future, computer science could create nanotechnology that allows computers to take on amorphous shapes. The computers of the future might function more like a gel that takes on the shape of the container that holds it.

Computer science has already developed algorithms that allow machines to do menial tasks. For example, robotics makes use of computer science in automobile assembly facilities. Computers also do a great deal of work in pharmaceutical manufacturing and food packaging centers. In the future, computer science will create even more machines and robots to do menial labor. A possibility is getting rid of cashiers at stores or having self-driven vehicles deliver parcels and pizzas. 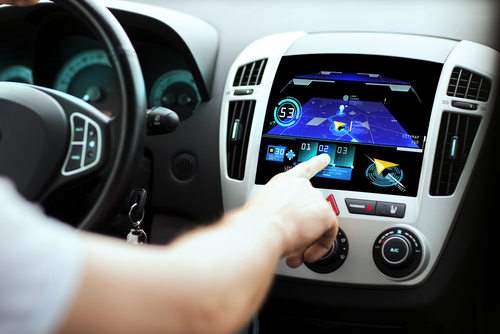 Many computer scientists expect more integration of computers and technology in healthcare. Telemedicine already exists, and its reach is likely to expand. Instead of being used only in a few hospital networks and for extreme situations such as stroke, telemedicine maybe how people in the future see their doctor when they have influenza or a rash. Computers may do more with predicting outcomes or complications given a person’s medical history and risk factors.

According to U.S. News & World Report, there will be a drastic increase in computational power in the coming decades. This has already been the case in the past 10 years, and consumers can expect the rate of growth in computational power to be exponential. One expert likened the change in computational power and artificial intelligence to the difference between an average human and an ant. Instead of size-limited chips, the power would be stored in the aforementioned gel of synthetic neurons.

Albert Einstein is known for many famous quotes, and one relates to him not knowing what World War III will be fought with, but his prediction that World War IV will be fought with sticks and stones. Some computer scientists think that the next big war could involve super weapons created through computer science. A war fought by or with computers could result in fewer immediate or violent deaths, but it could also trigger capable countries to use their nuclear arsenal, biological weapons or other traditional weapons of mass destruction.

Knowing what the future holds for computer science is of interest to everyone. A person considering a degree or career in computer science may also want to know what their work might look like in 20 or 30 years. Knowing these five ways that computer science will likely change in the coming decades is important for everyone.