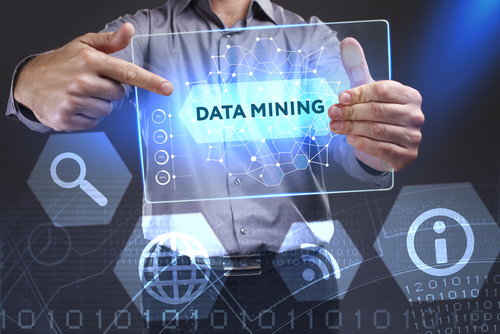 The Prospects of a Lasting Computer Science Career

Programming has become a prolific employment field, one where jobs and growth are plenty. Yet due to the rising level of automation, speculation over the perpetuity of a computer science career is questioned. Not only with the number of jobs, but the quality of education provided by colleges with classes in the major.

Computer science in demand is present, where current trends indicate growth in programming jobs as a direct result of the proliferation of automation. Current and past examples support this. In its entirety, computer science has a promising future for potential and current students learning the skill.

Trends and Statistics for Consideration

A person who plans to earn a degree in computer science or a related field may want to know, “Will computer science always be in demand?” Knowing the job outlook for computer scientists is important for purposes of personal and financial planning. The Bureau of Labor Statistics (BLS) offers several ways of looking at computer science jobs now and into the future.

Types of Computer Science Jobs With the Most Potential for Growth

There are a few sub-specialties of computer science that have a higher than average level of demand now, and they are expected to continue that high level of demand through 2028. Those areas of expertise include cybersecurity, which refers to finding new ways to detect and prevent cyberattacks on networks, computers, and databases. People with expertise in data mining services will also have a higher than average level of demand for their work. This is because businesses are increasingly turning to customer relationship management software and algorithms for marketing and analysis purposes.

How the Computer Science Job Outlook Compares to Other Jobs

The job outlook for computer science is excellent. According to the Bureau of Labor Statistics, the projected rate of growth for all computer-based occupations is 12 percent, and the projected growth rate for all occupations is 5 percent between May 2018 and May 2028. This means that the demand for people with expertise in computer science is much higher than for all occupations. Another way to look at the information is by location. The states or districts with the highest location quotient for computer science jobs as of May 2018 were Maryland; New Mexico; Rhode Island; Washington, District of Columbia; and Virginia.

A person who has at least a bachelor’s degree in computer science will be more likely to have solid job prospects. Those who are adept at multiple coding languages and platforms or environments will also have good prospects. A person with some work experience in information technology, such as in a data center or call center, may also have an advantage in the job market. A person who is willing to travel and work outside of routine business hours may also find it easier to get a job in computer science.

Knowing the current and projected demand for computer scientists could help a person decide if this is their desired career path. Being in a field with a high demand often means more opportunities for pay raises, and the ability to negotiate for more perks and a wide range of employers and locations. The answer to, “Will computer science always be in demand?” is an important one for any degree candidate in this major area of study to know.

1. What events have allowed programming to maintain steady growth?

Instances of programming jobs increasing in recent years are easy to find. The ubiquitous spread of applications that make programming easier is one. What took years for programmers to do before the development of Python was condensed down to days. On the surface, the expected result from this might have been a decrease in programming, but the exact opposite occurred.

The programming language instead boosted the output of employers, which in turn gave businesses the revenue needed to expand their operation. Expansions generated a need for more workers, and thus the number of people with knowledge of programming rose with the expanding rate of companies using specific programming languages.

This leads to today, though many current jobs will or soon will mandate a familiarisation with multiple languages for their employers. A college degree is a right step in achieving this level of understanding.

2. Will employment duties shift to a focus on coding for automotive industries?

In the world of programming, automation is more of a buzzword in the sense that it isn’t likely to have any detrimental effect on anyone with a planned CS career. Automation doesn’t exist, but a distinction should be made regarding its anticipated escalation in the next two decades.

Much like programming languages, automation will open the door to new, innovative jobs that employers will need CS-qualified workers to fill. For example, the processes used to create many websites are already automated, where people buy, sell, and utilize services from pre-built HTML websites. Without programmers working behind the scenes for the companies that operate these sites, the features allowing users to interact with them so easily simply wouldn’t exist.

3. How ahead is machine learning to actual workers with expertise in computer science?

Machine learning is incorporated in more than public domain websites. It’s used with applications, operation systems, and even within the cybersecurity field. Sometimes listed as a potential indicator of a lowering CS job dependence, the reality is more complicated. Truth be told, it hasn’t advanced that much, not to the point where the people trained to create such programs aren’t needed.

Sometimes, it may seem that way as reported in the news media. Computer science is unique in that the field evolved with the evolution of technology. The more technology progresses, the more programmers are needed to keep the innovation allowing it to progress intact.

4. Are there any jobs that are expected to have an increase in CS-related employment?

As of right now, many computer science degree holders are employed in the IT field.

Just as many work in the development of mobile applications alongside game designers, computer systems analysts, web developers, and software engineers. Some of these professions are better learned when pursuing a bachelor’s, though many CS degree holders can be hired for jobs from completing their education at the undergraduate level.

Since the start of the current decade, a rapid increase in the amount of work-at-home jobs show that companies could become more reliant on programmers working in a remote setting, ideal for such employment involving web and software development from companies located outside of the worker’s place of residence.

5. Are predictions made with technology likely to be wrong?

When forecasts are made about the prospects of a career path, it isn’t done with only the present statistics of graduates. Yet since technology is such a large part of the daily lives of so many, statements made on its future tend to be accurate when obtained from an objective source.

Colleges and universities are the perfect places to get an accurate analysis of trends in technology, CS careers as well. Granted, not everything will happen exactly as planned or at the time that it’s attributed to occur. Unless a drastic shift in the economy happens in the following decade, CS majors have little concern over unpredicted scarcity in the job market.

In short, you can trust the statistics from reliable sources. Businesses themselves conduct studies on employment trends as well since it directly affects their revenue and the amount they spend.

Companies must get reliable numbers on the jobs that could one day become necessary for them to employ people in. It helps them better to grow as companies and deal with setbacks when things don’t go as planned. Computer science is a safe career path and is expected to stay that way for a long time.

6. How quickly will the syllabus for CS coursework be outdated?

New ideas, methods for programming, and innovations are in a constant stream. These will be made evident to a computer science major in college and long after they’ve completed their schooling. It’s certainly not a skill that stays the same for long.

With some college-level majors, progress is made but at a slow pace, enough where an individual in the field can learn about its updates and adjust themselves according to better knowledge. But within computer science, a new skill could become available overnight and create new jobs in things like software engineering that must be learned to remain a good candidate for a business needing skilled programmers.

Not to be misunderstood for volatility, the information that’s taught to students by professors won’t become obsolete overnight but refined with new ways to build software, make programs more secure, and even automobiles safer with more robust computerized sensors. A computer science major that graduated ten years ago will know the programming language used today or at least know where to learn about the changes in the way it’s currently used for coding with new tech.

Computer science is a career that requires a heavy amount of interaction with people in the same field. Many work together and network with acquaintances met during college or from collaborations sought out from working on an identical project. Avenues are plenty for developers and software engineers to keep up with new and changing events related to computer science.

7. Will the average pay rate for CS professionals increase or stagnate?

When some skills become oversaturated, its pay could take a hit. Not with a computer science major. Due to the high level of skill needed to perform CS duties, salaries should increase within an acceptable margin that’s manageable to deal with the cost of living. However, pinpointing salaries is hard to do away from averages.

In some regions, a CS major could earn several times more than what one would make in a different location. And if the employers are located in a different country, the pay rate may be radically different than one’s home. The numbers also show that graduates will see their pay significantly boost as they become seasoned in their careers.

Applications developers have the lowest yearly earnings, with software engineers in senior positions generate can earn well over $100,000. Averages tend to be lower, so employers getting supervisory roles may take in less than this amount, especially after recently completing a bachelor’s.

8. Is programming more rewarding to learn outside of college?

Some of the duties associated with programming have become known to the general public, such as coding with a language.

Although having a grasp of programming at the beginner level is highly recommended by people without a degree, Higher education remains the best choice to make a long-term career out of jobs related to computer science. Tutorials abound, as do coding boot camps for learning the basics. But CS involves more than a knowledge of one programming language, web development, or the creation of applications for operating systems.

Such a major will obtain skills that open doors to work of all kinds, including within the automobile and cybersecurity industries. The government and defense contracts of all kinds are regularly posted by private companies looking for experts for IT work and the maintenance of software belonging to them and the armed forces.

People with Programming Degrees can Expect lots of Job Options

Students should know whether or not the major they’re interested in has a future that guarantees them a position with a relevant job. For them to ensure this, they need easy and reliable access to data that shows where their career choice will put them years after they’ve earned a bachelor’s in computer science.

Granted, not all jobs are safer than others and things like automation will have unexpected to unfavorable outcomes. But computer science isn’t one of them. The skill has been shown to advance concurrently with changes in the work done by programmers and developers. It’s a suitable career path with plenty of jobs and good salary earnings.