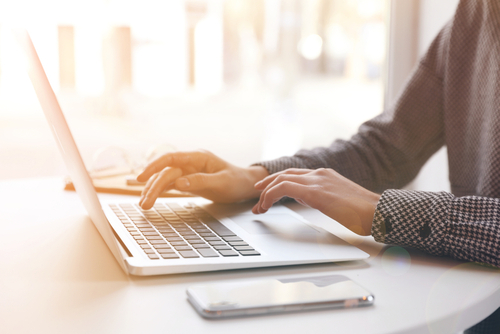 In the 1970s, Bell Labs researchers developed the original UNIX operating system: an interface, like Windows or the Mac OS, allowing for more efficient and intuitive human computer interaction than what was previously available.

Today, the brand is applied to operating systems which are the literal or spiritual successors of that original innovative design. As an operating system, it was conceived of to allow for a streamlined multi-user operating system that maximized efficiency, allowing for multiple users to access a single computer system without taxing it beyond the limits of its resources.

So, how does UNIX differ from other OS, like Windows? What makes it special?

In a UNIX operating system, the familiar folders of windows are called “directories,” and everything else is a “file.” This includes important components of a computer’s basic functionality, which Windows and other, more heavy-handed OS might set apart, hide, or otherwise treat differently than other files. External hard drives, disk drives, and other sources of data storage show up on the system as directories. Provided a user has a basic understanding of the commands required to navigate the system, it is very easy to explore, and to access individual files.

UNIX does, in fact, have a graphical user interface, or GUI. Multiple versions of it have been developed. However, the OS is still widely known for the efficiency of its text-based interface. Like DOS, which originally mounted Windows (but is now emulated by it), this text-based interface requires greater personal expertise to use effectively. This allows for much greater functionality at the user’s fingertips — provided they know how to use it. Generally speaking, its text-based UI is considered to be much more user-friendly and intuitive than DOS was.

A multi-user computer system is one that uses a time-sharing concept to allow multiple users to login to the same system simultaneously, running tasks concurrently. In a true multi-user system, like UNIX, the system has what might be described as “multiple attention spans” working simultaneously, allowing for multiple functions to be carried out at the same time. In a system like Windows, the multi-user capacity was grafted onto the existing platform in later versions, and it isn’t a “true” multi-user OS. Instead, a “single attention span” multi-tasks, moving quickly from one process to the next. To human perception, it comes across as the same thing, but the Windows functionality is far more demanding on a system’s resources, and more error-prone.

The operating system, in all its versions and iterations, is freely available to anybody who wishes to take advantage of it. It has been developed, and refined, in accordance with the standards defined by the Open Group, allowing for continuing innovation and distribution to be undertaken without restriction. Not only is the OS itself made freely available in this fashion, but the tools that its designers use to continue the process of improving it are also available, allowing anybody with the interest and the expertise to be a part of the ongoing experience.

Since its early development, UNIX’s open availability and user-friendly interface have made it a popular choice among computer network administrators, database administrators, and other IT professionals. It has also enjoyed increasing popularity among gaming hobbyists and other everyday computer users. Find out more about what UNIX is, and what sets it apart from other current operating systems.