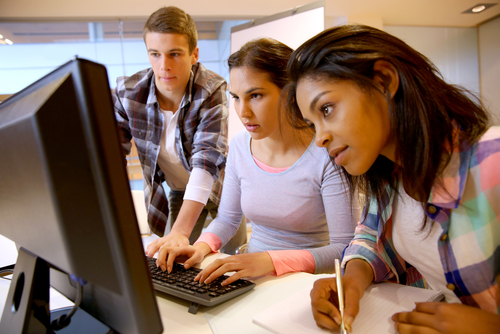 If you have a passion for computers and consider yourself a math geek, you may be interested to learn about theoretical computer science, which is its own form of study that combines concepts from both computer science and mathematics. This subset looks at the abstract mathematical concepts involved in computing and is the genesis of the theory of computation. While this branch of science can be a bit complex, it’s likely fascinating to those who are interested in the ways in which technology, math and science intersect. Let’s take a look at the study more closely.

This field is quite broad and is made up of concepts from an array of other disciplines. Some subjects that compose this theoretical framework include:

This list is hardly comprehensive. There are many more topics that intersect to make up this diverse field of study. Essentially, though, the theoretical side of computer science and the applied aspects all come together with regard to computing.

It was in 1931 that the mathematician Kurt Godel developed what is known as the incompleteness theorem which concludes that there are definite limitations regarding the kinds of information that be definitively proved or disproved. It is this theory that is the framework for the study of logic and of computability, leading ultimately to the over arching field of computer science.

Other concepts were developed through the years such as information theory, neural networks, parallel distributed frameworks, computational complexity theory and even quantum physics which combined to bring about the modern understanding of theoretical computer science as it’s known today.

Careers in the Field

When it comes to the area of applied computer science, there are a variety of jobs with which most people are familiar. Computer programmers, software engineers and computer technicians are just a few that come to mind.

In the area of computer theory, things get a bit more blurred. Of course, there are jobs related to theory in academia and scholarship. It makes sense that those who study theory are primed to teach theoretical concepts. Research is another area in which computer science theorists fit nicely.

The majority of students pursuing the theory side of computer science will go on for an advanced degree in the subject, usually at the doctoral level. It is possible to begin a Bachelor’s program in an applied area of computer science and then move on to theoretical study. Having a practical foundation allows for a broad understanding of the subject and opens up one’s job qualifications.

Some computer theoreticians go on to be employed in industry in order to provide engineers and other professionals with the theoretical framework behind their developments.

As you can see, the theory based world of computer science is built upon numerous topical frameworks. Theoretical computer science is a fascinating world for someone who is logical, inquisitive and who enjoys piecing concepts together to form ideas.