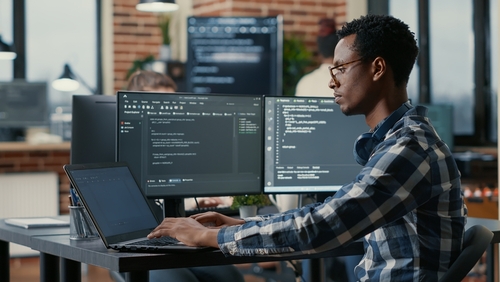 A database administrator is a trained professional who is in charge of the data, such as customer records, employee records and financial information in a business. DBAs enter, store, retrieve and organize data and ensure it’s secure at all times. They create, administer and maintain databases and also back up and restore data to make sure it’s not lost. If the database needs any modifications, they are the ones who take care of this. They also may do some computer programming as part of their job. The database administrator also makes sure the other users have access to certain data and makes sure there is no unauthorized use. DBAs may specialize in being system DBAs or application DBAs.

How to Become a Database Administrator

Salary Potential for a Database Administrator

DBAs earned average annual wages of $89,050, according to a May 2017 wage report by the BLS. Those in the lowest 10 percent earned about $48,480, and those in the top 90 percent earned $132,420. Wages can vary by different factors, such as degree level, years of experience, industry worked and geographic location. Here are the states where the highest wages are earned by DBAs as well as the wages as of 2017:

Below are the states with the lowest wages for DBAs.

In many cases, location plays the biggest part in determining wages. This can be easily seen by comparing the wages in Montana with the wages in New Jersey.