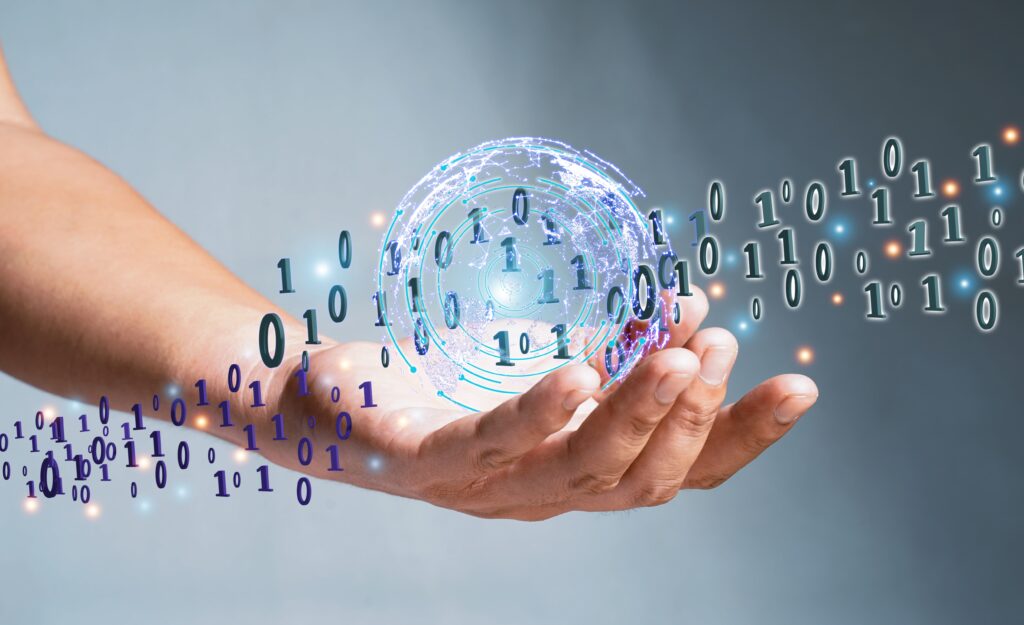 Modern computing uses different terms and definitions that don’t appear in other contexts. Some terms sound alike to the untrained ear, but they have very different meanings. One example is the difference between bit and byte.

The bit and byte difference and why bit vs byte matters. Their divergent meanings can result in confusion when they’re incorrectly used. They are alike, but also different. Bits and bytes are units of computer memory. But they are much more, and are different in many ways.

What is the difference between bits and bytes? Read on to find out how these units differ and why their differences matter.

Bytes vs. bits. To understand the differences, you should know the following:

As stated above, bits and bytes are both units of computer memory. A bit is the smallest unit of memory, while a byte is larger. A bit is short for binary digit. A bit has the capacity to store the largest of two different values. But a byte (composed of eight bits) can hold 256 different values.

Humans use a base 10 system. This means we compute things using a digital form through a decimal system. We use all the digits from 0-9 raised to powers of ten. Humans compute:

We discuss the differences later in the article, but the main difference comes down to cost. It is easier to use a binary system in computers and technology. A computer that operates in base-10 is more expensive to build than a base-2 model.

What Is a Bit and a Byte?

Let’s take a closer look at the two units and define what each means.

What is a Bit?

If you want to understand measurements of data, knowing about bits is a good place to start. Because a bit is the smallest increment of data, your computer builds everything upon it.

There are eight bits in one byte of information. Today, computer scientists use bits to measure rates of data transfer. They also use:

The abbreviation “Mbps” is one misinterpreted in modern computing. It refers to “megabits,” not “megabytes,” per second. 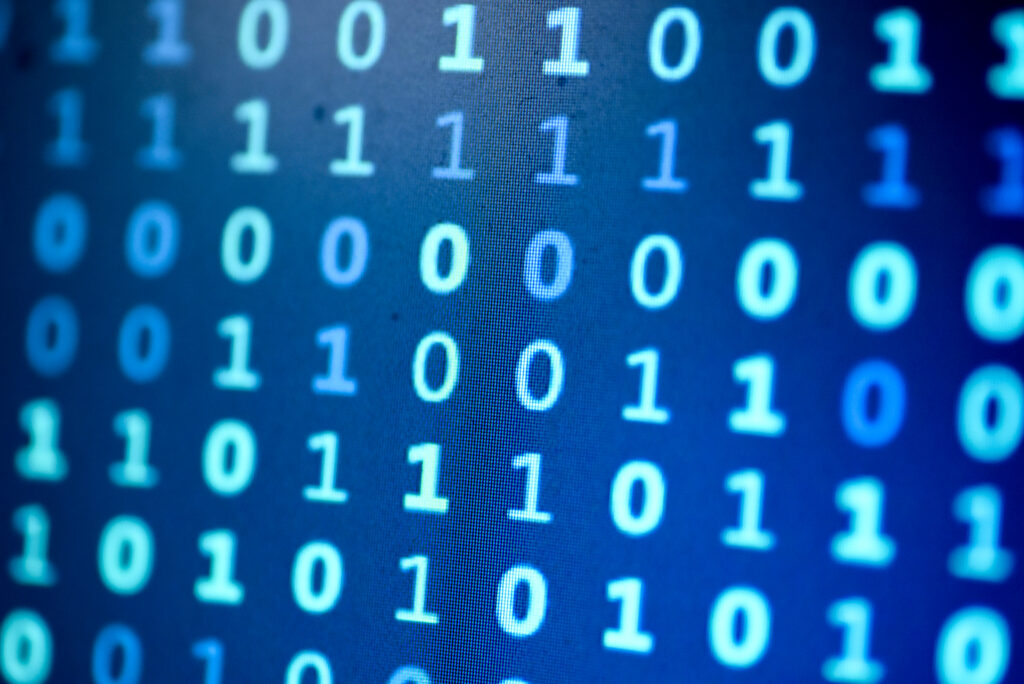 What is a Byte?

A byte represents eight bits. A byte is the amount of information stored within a computer’s memory. The term doesn’t refer to “eight bits” in a mathematical sense. It is a specific set of eight bits which operate as a cohesive unit within a computer system.

The byte was first named in 1956, during the design of the IBM Stretch computer. It is related to “bit.” Its name is a deliberate misspelling of “bite.” This was to avoid accidental confusion among computer scientists. When abbreviated, you capitalize the “B”. This sets it apart from its smaller relative “gigabit” or “Gb” for short. “GB” is short for “gigabyte.”

There are many standard prefixes used for bits and bytes. This is where the confusion lies, despite standardization efforts.

We use metric prefixes in data measurement. They relate to multiples of one thousand each. These prefixes include:

But system memory uses a binary structure based on powers of 2. Within a system, a different set of prefixes refers to 1,024 of the preceding unit instead of one thousand. But commercial-level production has normalized the use of metric measurements for these units. This means a “megabyte” can refer either to 1,000 or 1024 kilobytes. A kilobyte can mean 1,000 or 1,024 bytes.

By the time we reach the highest named quantities of memory, this confusion translates into a difference in capacity of up to 20%. Most of the confusion in computer terminology is the concern of large-scale systems. It causes confusion for people who work in the computers and IT industries.

But the average computer and internet user can look at the byte and bit difference in a basic way. A byte is 8 bits. We use bits (and their larger metric counterparts) for measuring data transfer rates. We do not use them for memory capacity. 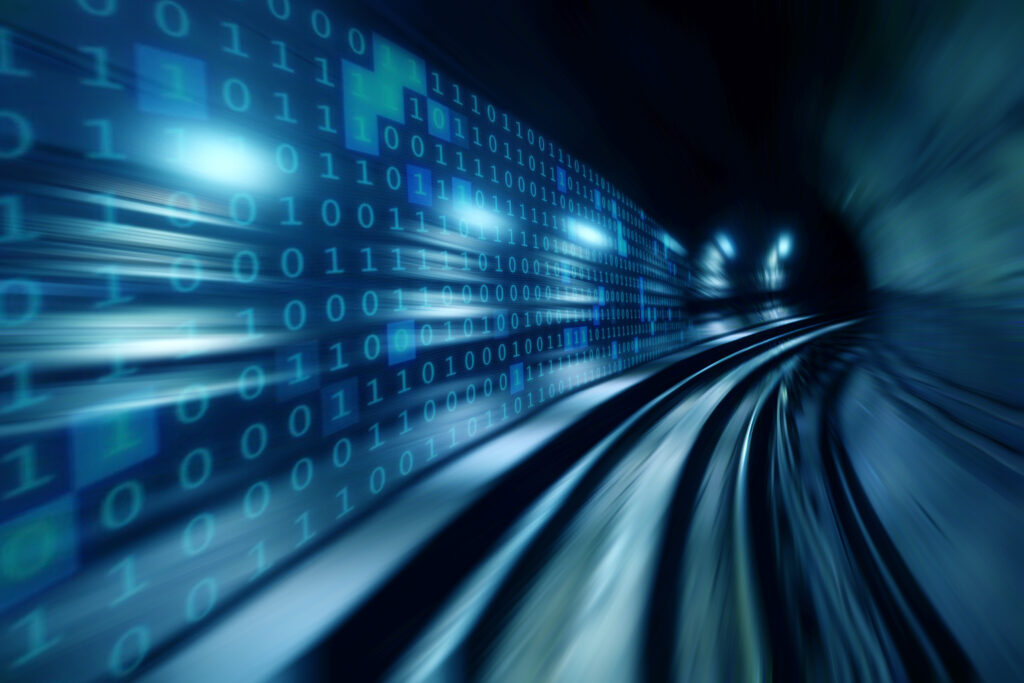 When tech-talk gets complicated, it’s important for everyday users to know why the bits and bytes difference matters. It is the distinction between the two that is most important to you. You should know what you’re paying for.

Bits are your internet connection speed. Bytes are the amount of data. Sounds simple, right? It is if we use the terms correctly.

Bytes measure data. You experience this when your cell phone or computer data caps. You have limits to your storage capacity.

How We Use Bytes

Here’s how we use bytes measure data in modern computers and elsewhere.

Remember, an easy method of seeing the difference bit and byte makes is the capitalization of bytes. You capitalize any abbreviated byte!

In modern computers, it is how relevant and new your cell company’s network is. The higher the G, the newer the generation. It has nothing to do with data or speed. Don’t let them confuse you when you’re learning about bits and bytes.

How To Keep Up With Changes

Computers upgrade. New devices develop. Technology advances. But one thing stays the same. The principles of computing information and data. If you can understand the basic principles, you’ll be one step ahead.

Whether you’re in high school or taking your first computer science course in college, understanding the difference between bit and byte is the first step to learning about the smallest unit of information. You will know how humans and computers process information. This principle is fundamental. Knowing the difference can save you from embarrassment in or out of the classroom.

This concludes our article on what is the difference between a bit and a byte and why their differences matter.