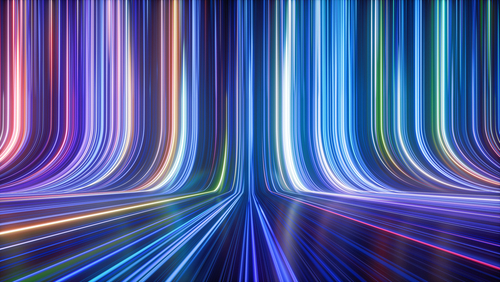 A quantum is the smallest possible unit of anything, and Quantum Science is the study of these particles and their application. In other words, we know that all matter is made of atoms, but what is the smallest component of an atom and how does it react to stimuli? That deceptively simple explanation is an introduction to a field of science that is exploding into the disciplines of engineering and technology.

History of the Science

How and why did this science begin? According to the website Whatis.techtarget.com the science had its beginnings at the turn of the twentieth century with the research of a physicist named Max Planck. Doctor Planck reasoned that since all matter is made up of individual units, energy might be as well. His research explored why glowing objects changed from red to orange and finally to blue as their heat increased. The behavior could be explained if the radiant energy existed as individual units instead of as rays, which was the conventional thought at the time.

From that point, scientists began to look at these small particles and their behavior, eventually using the research in the miniaturization of circuitry on microchips. The problem in computer science is that this miniaturization is required for computers to process data. With the deluge of new information that must be catalogued and processed securely as well as the requirements that new scientific discoveries place on computers, the machines will soon reach their limits. That is what is driving the new interest in the quantum.

Some Faces of the Science

The theory of quantum physics has led many to wonder about the nature of matter. Quantum particles seem to react at times like individual particles and at times like continuous waves. This results in some surprising properties.

One of these, superposition, is the ability of quantum systems to include all possible measurements, and only take on certain characteristics when they are measured.

Entanglement is another property of the particles in which the characteristics of multiple particle systems correlate to one another. When you alter one set of measurements, the entire system changes. At the point where these discoveries intersect known developments in information technologies, new opportunities burst open in computing, navigation, sensing, the ability to do simulations and in other areas. This is a rapidly-morphing science that is changing other disciplines as it grows.

All of this can seem “other-worldly,” but the principles are already at use in our own world. The atomic clock was invented using quantum principles. That involves more than making certain people arrive at appointments; the world’s stock markets and GPS systems rely on accurate time reckoning.

According to an article in smithsonianmag.com, quantum principles are the foundation of “quantum cryptography,” or sending messages through a quantum channel which makes them virtually undecipherable to anyone without the quantum “key.” The concepts also are resulting in super-fast computers. Many of the technologies we take for granted today rely on mathematical formulas and equations. As the technology advances, these equations will get more complex. Current computers could take literally “forever” to process them. Theoretically, quantum computers could solve them in seconds.

That word “theoretically” is the crux of the science. A lot of what research and theory hint at is still only conjecture. There is much left to discover and so many applications to the research that they would create a new world. There are issues of ethics and practicality that complicate the field of Quantum Science and yet the future to the science is a door that cannot be closed now that it is open.