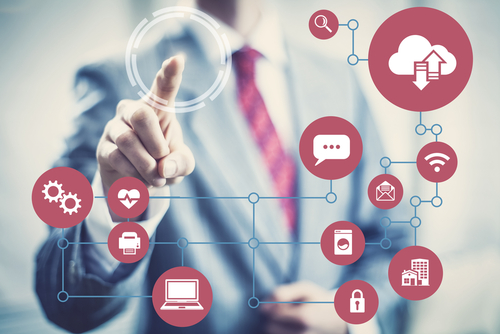 Understanding network topology requires a fundamental understanding of what its different subcategories are. In total, there are four distinct categories to keep in mind: ring, star, mesh and bus.

Ring topology describes a system in which every device in the network has a direct connection to a pair of different devices in an arrangement that forms an enclosed circle. Out of all of the different topologies, the ring topology system is one of the more affordable variations.

Ring topology tends to provide a high bandwidth threshold and reach distance, and different variations of ring topology have different directions of signal transference; for example, in the token ring variation, the signal only travels in a single direction.

In the star topology mode, a central sever is employed as the unifying hub for each of the system’s devices. Rather than continuous loop, each of the data nodes simultaneously deliver their data into the central nexus from their respective directions at once. While the star system is one of the more relatively easy topologies to install and get running, users should be aware of the fact that there is a real risk of possible overload due to the high demand of data capacity in the central server.

Out of all of the different topology types, the bus is the most frequently used of all. The bus topology is an essential component of a LAN’s Ethernet connection, in which it serves as the central cable to which all of the network’s devices connect. The bus, also referred to as the network’s backbone, is applicable to networks of all sizes; however, it’s common for the bus topology to be most easily applied to smaller networks than larger ones.

Through different topology layouts, there’s an abundance of potential for different variations of device coupling. Effective network topology in a LAN isn’t just a matter of sticking devices together, but doing so in a manner that both facilitates the full data demand of the network and mitigates the chance of overload.