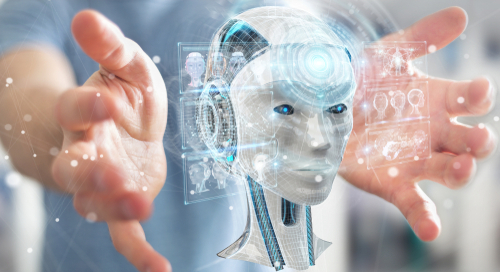 The field of machine intelligence, also called artificial intelligence (AI), covers a wide range of disciplines within computer science and other areas of study. Essentially, this term describes the creation and utilization of machines for activities that traditionally require human input or intervention. Even though AI is an emerging field even in the cutting-edge world of computer science, it has already produced numerous applications, technologies, and developments that transform the way people live and work.

Even though modern society relies on robots and automated machines for thousands of different tasks, there are still many things they can’t do. The ultimate goal of the machine intelligence field is to produce an artificial system that can effectively solve problems, account for context, think critically and perform other tasks that require comprehension and judgment. While engineers and developers draw inspiration from human neurological processes, the artificial system only needs to appear and function as it if had those features. Ability to recognize images, understand speech and react to changes in the environment are just a few ways that machines can interact with people in a meaningful way.

The study of AI is an umbrella for dozens of other disciplines and professions across various fields. Robotics can be considered part of this field, although traditional automation is much closer to engineering than computer science. The field also encompasses machine learning, which contributes to the development of machine intelligence and has many applications on its own. Compared to AI, machine learning describes the development of adaptable algorithms to automate complex calculations and other tasks, according to Forbes.

Virtually every modern industry is driven by data and relies on computers, machines and automated systems for their daily operations. This means that the applications for developments in machine intelligence are virtually limitless. In fact, it has already been suggested as a way to improve safety on aircraft, help drive aerospace programs and improve healthcare services. Self-driving vehicles and credit card fraud detection systems are just a few examples of technologies emerging from applied machine intelligence.

Working in the Field

It’s easy to emphasize the computer science aspect of machine intelligence, but there are actually many different roles and professions that work in this field. Almost all of these roles do rely heavily on programming and computers, but experts in math or physics typically focus on specific problems facing their team. Experts in psychology or cognitive science may also contribute to make the machine act more naturally and improve human interactions. Engineers and robotics experts put the actual machines together and figure out how to balance size, performance and material properties to achieve the desired results. Students who want to work in AI should explore classes in at least a few of these areas to figure out what aspects they want to focus on.

Advancements in robotics and AI present an incredible amount of opportunity for development across every modern industry. This means machine intelligence will likely be an exciting, growing field that has promising career opportunities for qualified professionals across many different disciplines.