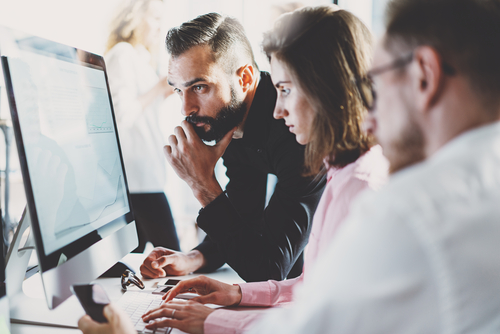 How to Become a Computer Engineer

To become a computer engineer, an individual must have at least a bachelor’s degree in computer hardware or software engineering, computer science or electronic engineering. Although some large corporations may require a master’s degree, many computer hardware engineers are only required to have a bachelor’s degree. Students pursuing an engineering degree should choose programs that are accredited by ABET because they include the type of curriculum generally required by industries hiring engineers.

Aspiring engineers should have a solid background in math and science courses. The student should also be familiar with computer programming because it’s such a large part of computer hardware and software engineering. Engineering students often find completing internships to be very beneficial to learning and gaining experience and hands-on training, and it looks appealing on a job resume.

Almost everywhere we look today, we either see computers or something that’s computer-driven or operated by computer parts. In some way or another, they came about through the talent and knowledge of those involved in computer engineering.