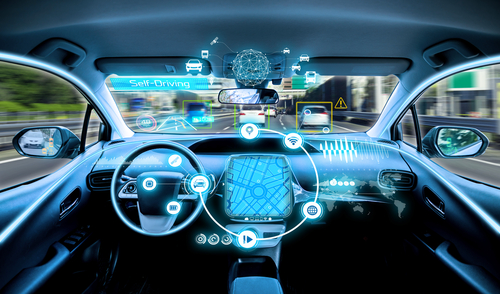 Nowadays, we all hear more and more of the term, “ autonomous vehicle” being used. What are autonomous vehicles, and how might they apply to you? In this piece, we’ll take a glimpse at the state of this automobile revolution that is taking place right now.

Since their humblest of beginnings, automobiles and other motorized forms of transportation have all operated by way of humans set behind the controls. It is the people who manipulate the movements of the vehicle as well as interpret exterior factors and make operational decisions based on those factors. The people serve as the autonomous element while the vehicle is the controlled and dependent element.

Autonomy is defined as self-directed freedom and a self-governing state. Now, we see a revolutionary change taking place. Autonomy and artificial intelligence has been relegated to the vehicle, and humans are now the proposed dependent, controlled element. In other words, autonomous vehicles are those which are self-directed via their advanced, on-board technology. In this setting, humans are passengers, and the autonomous, driving role has been shifted to the machine from the human.

This concept is certainly fascinating and is indeed the culmination of many decades of research and development by way of countless contributors along the path. So how exactly does it work, and what does an autonomous vehicle look like? Here’s what we know at this point.

In essence, autonomous vehicles, and for that matter, virtually all autonomous machines first operate based on sensory systems that tell the units all they need to know. Human eyes are replaced by cameras, a brain is replaced by a central processor, and all other sensory functions otherwise used by humans are represented by the machine. From here, braking, steering, acceleration, and all other controls are based upon the input from the artificial senses. In its totality, this is quite the complex machine. Another notable fact is that so far, the exterior look of these vehicles has not deviated much, if at all from previous, non-autonomous models.

Autonomy in vehicles has truly provided some great promise to some but also has raised quite a few concerns for others. Part of the greater robot ethics debate, all autonomy is currently being watched carefully for signs of intelligence use that is harmful, biased, or otherwise negatively controlling of humans. Certainly, autonomous vehicles do relinquish control from humans to artificial intelligence over life safety matters in transportation.

Justification for debate can be found in any number of news stories to recently emerge on the subject of autonomous transportation efforts. From hackers successfully taking control of these vehicles from outside to processing and sensory errors within, there truly is some apparent room for concern and improvement. Relatively speaking, this is a relatively new technological venture though, and with time, will likely improve greatly.

In general, the long-dreamt-of concept of automation has the potential to help mankind in a vast number of ways. We have not however overcome technological fallibility as a whole however and can thus expect varied results until then. These are the basics of the autonomous vehicle today and where we currently stand on the development of this futuristic concept.