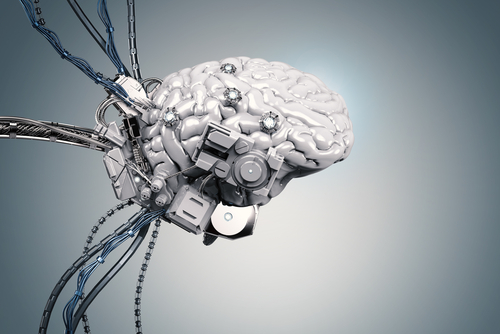 For years, scientists have attempted to make robots more human-like, and the recent development of the robot “brain,” or artificial neural network, has given robots the ability to learn in a similar way that humans do. Artificial neural networks are much more advanced than command-based computing systems because they are designed to interpret and process information in the same manner as the mammalian cerebral cortex. The goal of this research isn’t to simply replicate the brain’s capabilities but to understand how it works. Research in the field has brought about major technological advances, and there are likely to be many more in the near future.

Just as a human child will learn to recognize dogs from repeated instruction, hundreds of examples and trial-and-error, an artificial neural network learns from massive amounts of trial runs and data points. Traditional computers are deterministic. When a problem is given, a serial computer relies on reading the instruction, accessing data from its memory and executing the instruction. In contrast, artificial neural networks respond in parallel and need a large number of individual runs to determine the best solution. These individual neurons are subsequently “trained” through trial. Dr. Robert Hecht-Nielsen, the inventor of one of the first neurocomputers, explains such neural networks as a “computing system made up of a number of simple, highly interconnected processing elements, which process information by their dynamic state response to external inputs.”

The Goal of Studying ANN

Top scientists and researchers have yet to fully understand how the human brain is so proficient at incredibly complex tasks like visually identifying and distinguishing faces and handwriting. Even the most simplistic animal brains are far more advanced and capable of functions that are impossible for serial or DOS computers. Creating a system for recognizing handwritten digits, for example, requires an aspect of deep learning or repeated input of millions of data points and neural correction. Rather than attempting to recreate such a complex and mysterious process, the goal of neural network research is to gain an “understanding of nature’s capabilities for which people can engineer solutions to problems that have not been solved by traditional computing.”

While many nay-sayers of the past would argue that autonomously driving cars or artificially intelligent robots with personal biases were impossible, the future is here. Artificial neuron networks give robots the capability to learn and it is a completely different computing system than all previous computers. Researchers can program the individual neurons to work in a specific way, but these neurons are designed to self-correct and build upon all of the data it receives. In this way, the machine learns and can eventually correctly identify an image of animal species or prevent an accident by deploying the brakes of your vehicle autonomously. Such adaptive learning means that robots are evaluating results and then making changes to their own programming based on their own interpretations of reality. This complicated process has proven that ANNs in combination with AI produce different biases in robots similar to the way humans create their own world-view.

Put simply, artificial neural networks are a computer’s “brain” that is capable of deep learning and rewriting its own programming. Such advances have limitless potential and have already made huge strides in areas like facial, image and voice recognition. Research is all still in the preliminary stage, but great strides in studying the artificial neural network computer are expected in this age of information and endless data.