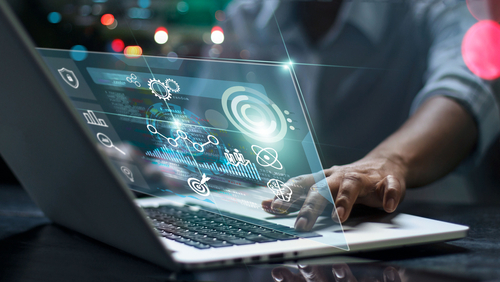 An algorithm is a series of instructions, often referred to as a “process,” which is to be followed when solving a particular problem. While technically not restricted by definition, the word is almost invariably associated with computers, since computer-processed algorithms can tackle much larger problems than a human, much more quickly. Since modern computing uses algorithms much more frequently than at any other point in human history, a field has grown up around their design, analysis, and refinement. The field of algorithm design requires a strong mathematical background, with computer science degrees being particularly sought-after qualifications. It offers a growing number of highly compensated career options, as the need for more (as well as more sophisticated) algorithms continues to increase.

At their simplest level, algorithms are fundamentally just a set of instructions required to complete a task. The development of algorithms, though they generally weren’t called that, has been a popular habit and a professional pursuit for all of recorded history. Long before the dawn of the modern computer age, people established set routines for how they would go about their daily tasks, often writing down lists of steps to take to accomplish important goals, reducing the risk of forgetting something important. This, essentially, is what an algorithm is. Designers take a similar approach to the development of algorithms for computational purposes: first, they look at a problem. Then, they outline the steps that would be required to resolve it. Finally, they develop a series of mathematical operations to accomplish those steps.

From Small Tasks to Big Data

A simple task can be solved by an algorithm generated with a few minutes, or at most a morning’s work. The level of complexity runs a long gauntlet, however, arriving at problems so complicated that they have stymied countless mathematicians for years — or even centuries. Modern computer confronts problems at this level in such areas as cyber-security, as well as big data handling — the efficient and thorough sorting of sets of data so large that even a standard computer would be unable to process them in a timely fashion. Examples of big data might include “every article on Wikipedia,” “every indexed and archived webpage going back to 1998,” or “the last six months of online purchases made in America.”

When the design of new algorithms is applied in practical terms, the related discipline is known as algorithm engineering. The two functions are frequently carried out by the same people, although larger organizations (such as Amazon and Google) employ specialized designers and engineers, given their level of need for new and specialized algorithms. Like the design process, algorithm engineering frequently involves computer science accreditation, with a strong background in mathematics: where they exist as a separate, specialized profession, algorithm engineers take the conceptual ideas of designers and create processes from them that a computer will understand. With the steady advancement of digital technology, dedicated engineers will continue to become more and more common.

This is a relatively new field, and the heightened relevance of designing and refining algorithms is very much a recent phenomenon. More information on algorithm design is readily available online, including a variety of free introductory courses and online tutorials.