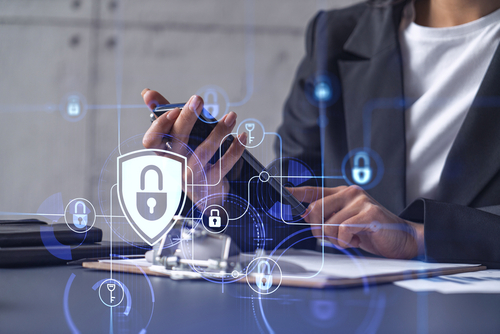 It’s a question often surrounded by mystery and intrigue – “What is a cryptographer and what do they do?” No matter where employed or for what ultimate purpose, the goal of cryptography is secrecy in communications. This is the real-life mystique of professional code-making and code-breaking.

Throughout history, governments and peoples have used secret codes. In war and peace, government correspondence and private, codes have been important for a very long time. Cryptography therefore is the breaking, making, and use of codes in communication.

Instances of cryptographers at work can be seen all throughout history. One notable instance occurred in 1917 – a prelude to World War I. In this case, British intelligence intercepted and decoded German communications conspiring to assist Mexico in a hostile takeover of American soil. This made clear the country’s stance with regard to the US and its allies as well as a more educated decision regarding war.

The Navajo Codetalkers were another famous example of cryptography at work. In this case, the setting was World War II. The United States was at war with Japan and Germany and military communications in several areas of the war needed to be protected. The response was a team of cryptographers working with recruited Navajo service members to use a new form of coded communication based on the Navajo language – Navajo Codetalk. This success in cryptography baffled the enemy and ultimately helped win the Japanese campaign of the war in particular.

Without a doubt, cryptography is alive and well today, just as it has been at any other time in the history of communications. This is true in the private realm and government world alike. There is even one form of cryptography you are probably a part of on a regular basis without even knowing.

The internet and most other forms of today’s communications are all encrypted. This encryption is a discipline of cryptography. From your antivirus program to your cell phone’s daily transmissions, your interface with the ATM or even the swipe of your credit card at the store, cryptography is the force behind your privacy and security.

Being a cryptologist involves working in an elusive field where wits are the ultimate weapon against the adversary. It is all around us but not very openly advertised in the way of educational routes and typical job ads.

What does it take for someone to work in this field? The answer to this question depends on many variables including what sub-sect the candidate works as well as the employer and work environs. In areas of electronic and online cryptography, an advanced degree in cybersecurity can be just the right start. In other cases, code-based communications require the abilities of someone who has earned a doctoral degree in mathematics or computer science. A graduate degree is the very least of requirements in most of today’s applications in cryptography.

This is the world of cryptography. It is a mysterious yet intelligence-fueled practice in all areas of use. For the deeply interested, the question of what is a cartographer can be further decoded by contacting your local college or university guidance administration today.