Getting a computer science degree requires students to learn and master programming languages, as well as to learn how to develop software. Computer science majors also learn information theory and over the course of their educations, have the opportunity to choose a specialization. Some will specialize in artificial intelligence. Others will learn more about software engineering, web development, video game development or machine learning. A few may even learn about computer science as it pertains to the medical industry.

Those interested in getting computer science degrees can get their feet wet with an associate degree before going on for a bachelor’s degree. Mid-career computer scientists often seek out master’s degree to increase their job and salary prospects, while doctoral students have their sights set on university-level teaching jobs or computer science research.

Types of Jobs for Those Holding a Computer Science Degree 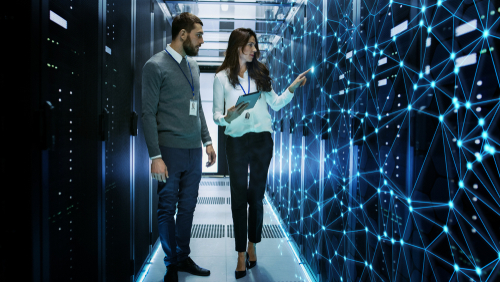 It is additionally important to point out that some people who have been trained in computer science work directly with computer systems, while others use the knowledge they’ve acquired to provide educational or instructional support. As such, the following list of computer science jobs includes an in-depth look at jobs that you’ll find both at computer science companies and outside them.

The computer age changed how we interact, including what types of threats we face. Skilled hackers infiltrate computer systems to steal personal data, introduce viruses or even to breach security systems to make them vulnerable to larger attacks.

Corporations, non-profits, small businesses and even entire nations face this threat. The way companies and governments fight off this danger is by hiring information security specialists or cybersecurity consultants.

These computer science professionals have been trained specifically to deal with the threats that the world’s information systems face from hackers and Internet spies. When you work in cybersecurity, it’s your job to figure out where data breaches may occur or how to correct a breach once it has occurred. Forensic computer scientists are specially trained cybersecurity specialists. They deal with cyber-crime.

The common thread that binds cybersecurity professionals together is the desire to prevent computer- and Internet-based threats. As such, these professionals are taught to analyze data or information to detect possible weaknesses before a hacker or cyber-criminal does.

These computer science professionals create and design multimedia services and products. People who work in this profession need both creative and technical skills. Their computer science skills allow them to build platforms that can host digital video and photography, podcasts, animated features, text and more.

Working with a multimedia designer, the multimedia developer or programmer writes the computer code that can support the designer’s creative vision. The developer must also be available to test and work out bugs in the code and to provide technical support for customers after the product is finished.

Keeping track of an organization’s or business’s database falls on the shoulders of the database administrator. The person who plays this role in a company ensures that the company’s data is easily accessible, clearly defined and consistent. The database administrator must also have a plan to recover the data should the need arise. This computer professional also writes operating manuals, reports and provides documentation for a company’s data systems.

They may write instruction manuals for printers or laptop computers, or a set of instructions for using specialized computer software, like Adobe Photoshop. While it’s important for technical writers to understand how technology works, it’s as important if not more more so that they are able to break their knowledge down into simplified language. This allows the common person to understand the technology. This means the average technical writer must write clearly and avoid technical jargon in their writing as much as possible. 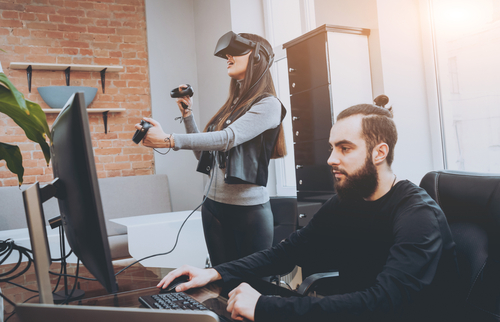 Games developers create the games that people play on Facebook, on their tablets or phones, on their gaming consoles or on their computers. People who want to work in the video game industry as game developers must have a solid foundation in computer science and computer languages. It’s also helpful for them to study the visual design aspects of video game creation.

If you’re interested in working in the video game industry, it would helpful for you to create a demo or a portfolio to show to video game companies. Some video game professionals start out by working as game testers or by starting a video game blog.

This computer scientist is responsible for planning, analyzing and improving a business’s or organizations IT system. He or she determines the tech needs of the company and then creates plans for their implementation. This job requires the person in it to be versatile and a good problem-solver.

Salaries in the Computer Science Industry

CSC may not be the most well-known technology company, but it’s the biggest provider of computer science jobs in the world. The name stands for Computer Sciences Corporation. CSC provides IT contracting, management, and outsourcing services for companies in a variety of different industries. The company’s headquarters are located in Falls Church, Virginia.

AppLabs was a company that tested software. It has been acquired by CSC, cementing its status as the world’s top employer of computer science graduates. The headquarters of the company were in Hyderabad, India.

General Dynamics is another company that hires plenty of computer science graduates despite not being the best-known name in the technology industry. Whether it’s even a technology company is up for debate; it primarily provides defense contracting services. This company is located in West Falls Church, Virginia, an area not too far away from the first company on this list.

This well-known company, which is synonymous with technology, has finally appeared at number four on the list. It’s primarily a software company, but it also sells devices. Microsoft actually provides more sales and marketing jobs than computer science jobs. The company is headquartered in Redmond, Washington.

Deloitte is another non-technology company located in the United Kingdom. It’s the world’s largest professional network. Interestingly enough, the services it provides are primarily financial in nature. Deloitte is headquartered in London.

Amazon.com is the world’s largest e-commerce company and fourth most successful start-up ever. It does also provide cloud-computing services, and you can be sure that it uses cutting edge software to manage its extensive inventory of products. Amazon.com is headquartered in Seattle, Washington, close to Microsoft.

ManTech International is yet another company that’s rather poorly known for being one of the top employers of computer science graduates. It provides services to the federal government, such as implementing upcoming technologies. The company’s headquarters are in Fairfax, Virginia, close to CSC and General Dynamics.

Like General Dynamics, Raytheon is a defense contractor. Aside from electronics, it also manufactures products used by the military, such as weapons. It’s another company that primarily serves the federal government. The headquarters of the company are in Waltham, Massachusetts.

Hewlett-Packard is the only company on this whole list for which direct associations with computer science jobs are likely to be made other than Microsoft. Unlike Microsoft, however, it’s primarily a hardware company. The company is headquartered in Palo Alto, California.

This company is the third defense contractor on this list. It is also active in the aerospace sector and has manufactured stealth aircraft for military use. It is headquartered in West Falls Church, Virginia, the same community which serves as the location of General Dynamics.

Facebook has changed the way we interact with friends and family, and given that Facebook is an online social media platform, it relies heavily on computer scientists to make this social media company’s world go round. Facebook is constantly changing and improving to keep up with the technical demands of the users.

This New York City-based software company develops software to help amateur sports teams. The software the company develops allows users to keep track of local sports media and real time data. Computer scientists that work for GameChanger Media, Inc. work as Android and iOS engineers, software engineers and senior platform engineers to name but a few jobs. Given the tech-heavy nature of this company, it’s safe to say that it’s a computer science company that supports sports entertainment as its specialty.

Computer science companies, like MongoDB, Inc., power big data and in the process, reinvent data management. This company concentrates on how people run applications and works to create apps that offer customers a better and faster user experience. The company has headquarters in both Silicon Valley and New York City. 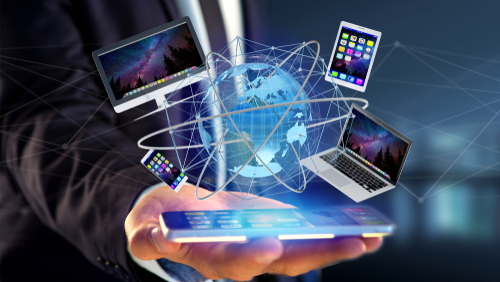