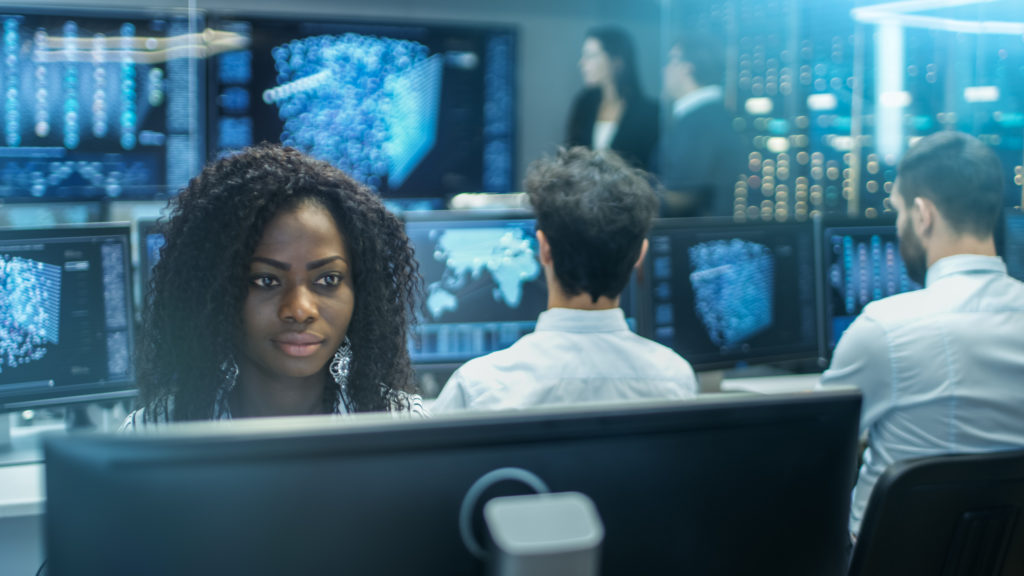 A college student looking to become a software engineer should begin by enrolling in a computer science course and learning the basics of software design. From sketching out a program’s required functions to implementing the design in code, software engineering is a well-defined process with many stages of execution. 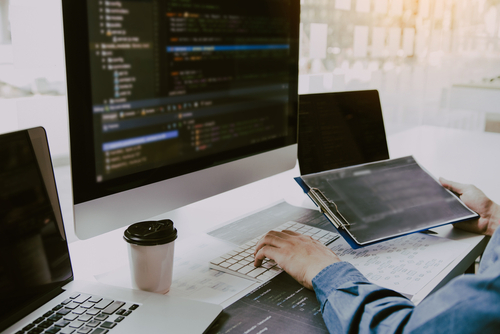 According to the Bureau of Labor Statistics, the average wage for a software engineer is $90,060. Additionally, the Bureau reports that the job outlook for software engineers is expected to grow by 22% by 2022. This is much faster than the average for all vocations. The primary reason for the growth is attributed to a great need and/or demand for computer software.

While obtaining a degree in computer science is a safe route to pursue when you decide to become a software engineer, you should think critically about other options in order to determine the best course of action. For example, if you are interested in game design and are preparing to work as a game programmer, attaining the computer science degree will be practical and ideal. Attaining the CS degree will also be advantageous if you plan to work for a technical corporation such as Intel, IBM, Google, or Microsoft. However, if you are thinking about working for a non-technical corporation that places primacy on creating business applications, attaining a degree in Management Information Systems would be advantageous. Because this type of degree provides general business and management skills, it can be practical and perhaps more advantageous than a CS degree which involves mastering material that one may never use.

In many cases, determining which type of degree would be most advantageous for you to obtain can be as simple as doing research on the companies you plan to work for. It is often the case that employers will list the type of educational requirements for the positions they offer, and recognizing what these requirements are can help you select the undergraduate degree program that an employer will accept.

The U.S. Bureau of Labor Statistics recommends that software engineers have at least a bachelor’s degree in computer science. This is only a recommendation, however, and software designers have other options for their education and career paths.

Alternative tracks include business, mathematics and natural sciences such as biology and chemistry. The natural sciences are appropriate for developers working in medicine, government or law enforcement while theoretical disciplines, such as computer science and mathematics, are better choices for research students.

The Difference Between Computer Science and Software Design

Software design is just one concentration in the larger domain of computer science. As undergraduates, computer science majors study the core concepts of discrete math, computation, computer architecture and programming. The first two years of a computer science degree cover the most general concepts in the theory and practice of computing while later courses become more narrow and technical.

Most university computer science departments offer an undergraduate concentration in software design. The final two years of this program cover the intricacies of developing software for platforms such as C++, Java, Ruby on Rails and Objective C.

While formal education is an important factor in every software engineer’s job search, it’s not the only factor. Self-learning can be just as beneficial as work experience for aspiring developers, and many programmers begin their careers before finishing college.

Computer science degree concentrations vary between programs and education levels. Undergraduate computer science students typically choose between business and science tracks, which diverge after the second year. Although the course names may differ between schools, the concepts are universal. Colleges offer these learning tracks to help students become specialized in their careers. The business track will prepare a student to become a software engineer after graduation. The science track will introduce students to advanced concepts in graduate-level research.

For graduate students, the potential degree concentrations are numerous and specialized. They include subjects such as data mining, artificial intelligence, human-machine interaction and software engineering. In contrast, a business-track computer science major could go on to earn a master’s degree in business and earn a large salary as a manager or executive.

According to the BLS, software engineering jobs can have various titles, including quality assurance analyst, software developer, programmer and tester. Depending on the organization, these various positions may come with different responsibilities and pay. At some firms, developers do the same job as programmers, and the hierarchy is minimal. In most cases, however, programmers play a supporting role on development teams, taking direction from project leaders and senior engineers.

Most software engineers work in mobile or web development, producing new apps for smartphones, tablets and web browsers. Some engineers work as developers for traditional desktop application makers, such as Adobe, Microsoft and Apple.

As the software market matures, programming jobs will require increasingly specialized skills. Desktop application developers will need expertise in traditional coding languages, such as C and C++, while mobile app makers will work with newer languages and frameworks, such as iOS and HTML5.

The Job Outlook for Software Engineers

Software engineering jobs will grow by 22 percent through 2029, according to the BLS. The fuel for this growth will be a steady demand for mobile and web developers and a new need for application designers in the healthcare and insurance industries. Software developers will have plenty of job opportunities as long as they know how to use the latest programming technologies and frameworks.

Because software developers create a product that is fundamentally digital, they can work from anywhere in the world and render their services over the internet. While most locations offer software engineering jobs, the best opportunities are concentrated in a few key places. Consequently, it may be necessary to move to another state for a job.

The Best States for Software Engineers

The states and territories where software developers make the most money, on average, are Washington at $138,400, California at $137,620, New York at $122,300, Massachusetts at $119,790 and the District of Columbia at $119,630. California offers more job opportunities than any other location in the U.S. with 249,700 software developers employed across the state.

In Texas, the state with the second-highest number of developers, there are 113,140 software engineering jobs. The rest of the top five highest-employing states for developers are Washington at 99,630, New York at 83,330 and Virginia at 77,260. California, the home of Silicon Valley, is the employment destination for most career-oriented U.S. developers.

Many occupations in business and information technology have job descriptions that are similar to software engineering. The top career alternative for developers is management information systems, which typically requires a bachelor’s degree in business management. MIS workers earn a median annual salary of $151,150, around $40,000 per year more than the median for software engineers.

Developers who want to stay competitive in their field can continue their education with postgraduate courses and certificate programs. Credentials such as the Microsoft Technology Associate certificate and the Oracle Certified Associate Programmer designation can help software engineers stand out from their colleagues.

Working as a Freelancer or Consultant

With demand for software engineers growing, job opportunities are available in many non-traditional places, including online freelance marketplaces. Freelancers and consultants work with clients on one project at a time, charging fees by the hour or for each project.

While education and work experience aren’t required for freelancers or consultants, they can help individuals distinguish themselves. Moreover, big clients typically search for well-educated professional freelancers and consultants to handle their projects. Most software engineers begin their solo careers after years of employment at corporate firms. Earning professional credentials also offers preparation for a wide range of situations that could come up during a freelance career.

Development for mobile and web platforms represents the majority of growth in the software industry, according to the BLS. This domain of software engineering requires extensive programming knowledge and familiarity with new and emerging development frameworks.

Most modern games use 3D graphics engines, such as DirectX and OpenGL, to provide a ready-made architecture for visual effects. These protocols are standard for all desktop, web and mobile gaming platforms, so familiarity with them is necessary for professional app developers.

Mobile app makers typically expect their software developers to have computer science degrees, so finding a job without a degree could be difficult. However, for programmers in the mobile app industry, being able to write code for various platforms is more important than having professional credentials.

If you are thinking about pursuing a career as a software engineer, you should know that doing so can bring you several personal and professional rewards. You should also note that working as software engineer with a computer science or management information systems degree is common and advisable.