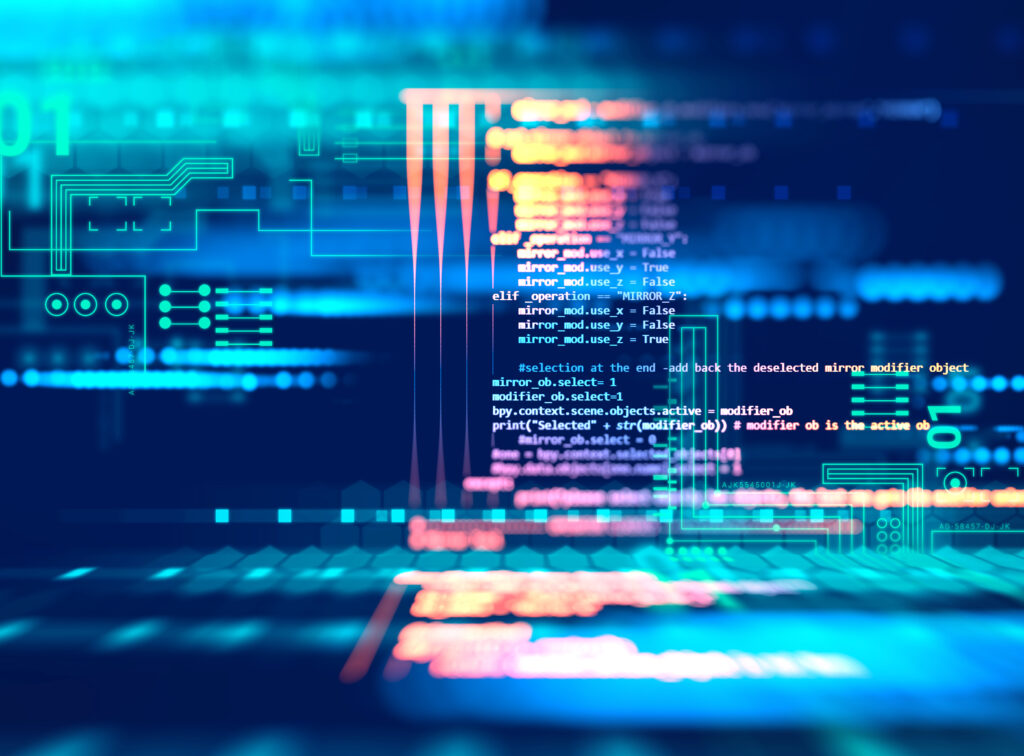 Python is one of the most popular programming languages in the world. It’s used in every industry, and for many different things. From machine learning to website construction, programmers use Python.

But what makes it an interesting language is that Python is used by ordinary people in everyday tasks. It has created everything from software used to fill out your online forms to Netflix’s recommendation algorithm. You use it daily, even when you don’t know you’re doing so.

Read on for a closer look at the definition of Python, what it’s used for, and why it’s so popular.

Created in 1991 by Dutch programmer Guido van Rossum, Python is an open-source programming language such as Ruby, JavaScript, and Scheme. Guido van Rossum created Python to be user-friendly. What sets Python apart from other languages is that it is simple to use. Python can be used by beginners. It’s embedded into any application and can run on all current operating systems, including:

It is also one of the most powerful languages a programmer can use because it is three and five times faster to code than JavaScript and C++. Python gets the job done at a much faster rate than other programming languages.

The Python program is a scripting language used for prototype development. You can also use it for coding websites and applications. Other uses include processing images and scientific data. You find Python code in action on a Google search engine, social media sites like Pinterest, and large companies. Disney and NASA both utilize Python. In fact, most of the world uses Python.

The creator of Python made it to be relatively easy. It is less complicated than Ruby and other similar object oriented programming languages. Because it is open-sourced, the program has enjoyed a popularity among developers and programmers. It continues to be the base program for most websites in operation on the internet today.

What is Python in computer software? Python software is free to download. You can access it on every type of operating system. It comes with a large standard library that makes programming tasks easy. For example, you can read and change files or connect to web servers using Python.

The object oriented software can also work as a primer for programmers interested in learning Ruby or Java. Both of these languages share traits with Python but are more complicated to use. Python software catches errors quicker. It erases the need for long code-test-debug sessions. It also contains advanced features to streamline the programming process.

What Is Python Used For?

Now that you know Python is a language, and what Python language meaning is, you should know what it’s used for. In software development, programmers use Python. They use it to debug and automate systems. But it’s not only used by programmers.

Since it’s easy to learn, you can use it in everyday tasks. Accountants and scientists work with Python to solve difficult problems. But ordinary people use it, too. Python can be used to organize a grocery list or finances.

Other things you can do with Python

There are many things you can do with Python. You may not know it, but you’re using Python on a daily basis. Tasks that involve Python include:

Now that you understand the Python programming meaning, here’s a closer look at how learning Python can help. 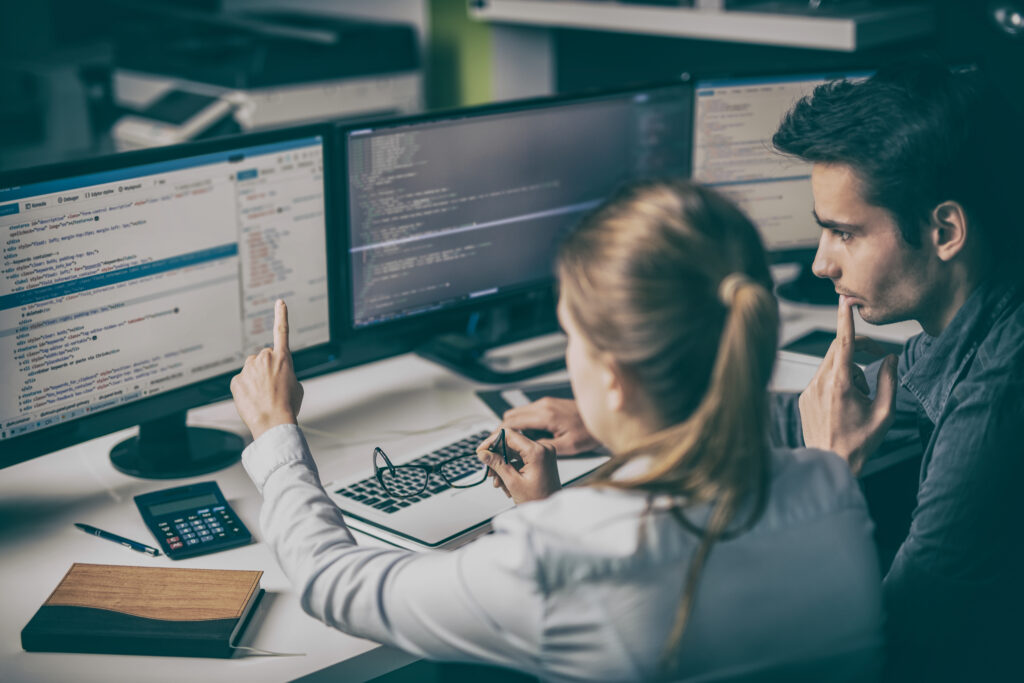 The Python programming language is great for automation and scripting. If you need to perform a repeated task, you can automate it with Python. Python can be used to script. This means you can use it to automate processes. People use automation to:

Python helps develop data analytics. It is a main staple in data science and analytics. Analysts use Python to build machine learning algorithms and analyze data. You can use it to build many different analyzations, such as:

In software testing, Python helps with bug tracking and automation. Many of its tools are specifically to aid in software development. Programmers use Green and Requestium for these practices. You can automate testing for new products or features. This makes Python a top choice for software developers and programmers.

Python helps create the parts of a website or application that users don’t see. You call this web development. Python’s role takes on many different directions. You can use it to send data to and from services. You can also use it to process data and communicate with databases. URL routing is another use for this programming language.

What Does a Python Programmer Do?

A Python programmer can work in a variety of industries and with different companies. In recent years, companies such as Nokia, IBM, Google, and Disney sought programmers with Python experience. They need them to help with web applications and framework development.

Python works with Django. It functions as the base framework system that Python builds on. Python also enables programs to script professional-grade web-based products. From back-end to front-end development and full-stack and web-based options. Python programmers search for economic prospects as the use of the language grows in the field.

Python is an easy but powerful programming language to learn. It helps programmers find work and fulfillment in the coding sector. Now that your “What is Python language?” question has been answered, the next step is to take advantage of the free resources available online to start learning it.

Why is Python in Computer Science So Popular?

Because it’s easy to use, beginner programmers enjoy it. As far as programming languages go, Python is beginner-friendly. It is easy to learn for people without a computer background.

Python can be used to develop many different tasks. You use it in data analytics and machine learning. You can also use it in software development. It is a flexible programming source.

Python has a large and active community where sharing resources is the norm. There are many libraries and modules that pool information and resources for users. When programmers or coders run into road blocks, they turn to the Python community for help.

Python is open source, which means it’s free to use. You can also distribute it for free for commercial purposes.

Want a fast way to build projects using simple syntax? Python mimics natural language. Because of this, it is easier to use and understand. You can complete projects faster by using it. 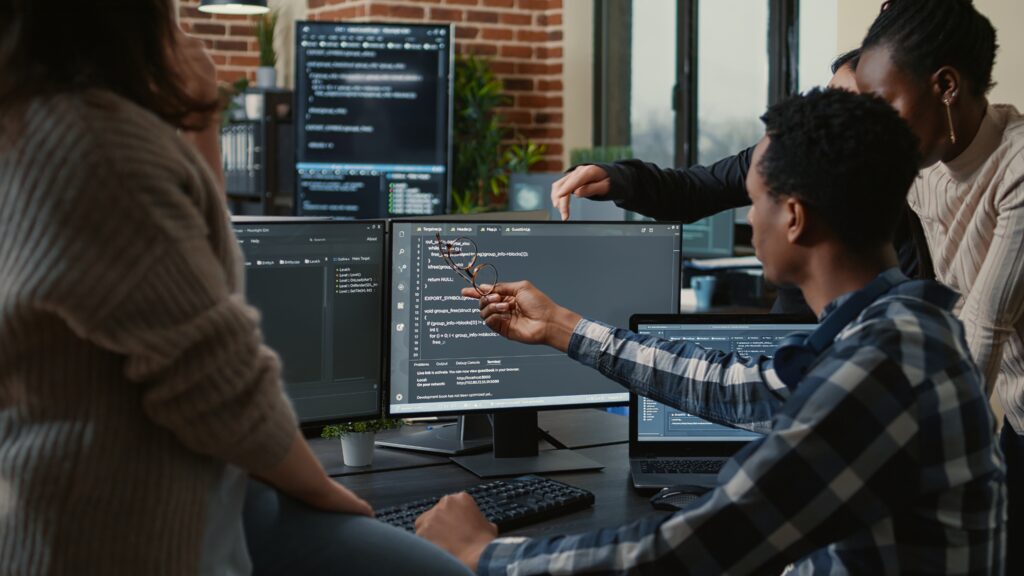 How Long Does It Take To Learn Python?

What do you mean by Python taking only a short time to learn? It’s true! You can learn the basics of this web development tool in a few weeks to a few months. Since the programming language can many different uses, plan on spending a chunk of time learning what it offers.

But if you need a quick tool for data analytics or web development, learning Python can help. Programmers and web developers say that their work is easier to do with the help of Python code and programming.

You don’t need a degree to get your start as long as you have the right skills. With Python’s growing popularity, you can take free online courses that will give you the skills you need to qualify for some jobs or begin working for yourself.

What Types of Jobs Can You Get?

When you know Python, you can qualify for many different job titles. Why? Because Python is a multi-purpose language. You use it across many different fields and industries. Here are some job titles that require skills in programming languages like Python:

Ready to Start Your Python Journey?

If you’re thinking about learning Python or a beginner-user, there are online courses and certificates that will grow your skills. Google offers an IT Support Professional Certificate that gives you in-demand skills in less than six months. You don’t need a degree or experience, but you should be eager to learn.

This certificate also awards college credit that you can transfer to a college or university. The also credits show potential employers that you’ve earned job-ready skills that are useful in the workplace. Earners of this certificate have landed jobs as:

With a growing demand for Python skills, now is a good time to start learning this versatile computer language.

This concludes our article on Python meaning in computer science and how it’s used.