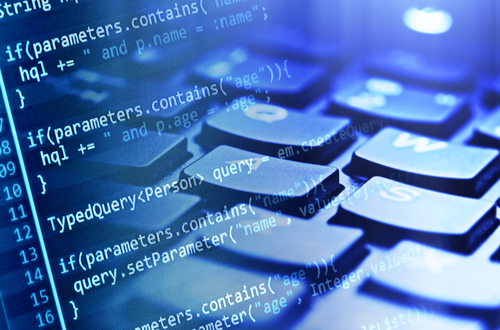 Anybody interested in a career using computers might wonder what languages are used in computer science. That’s a very common question for those who dream about designing the next hot app or video game, but it’s a more complicated question than one might think. Computer science is such a general term that it could refer to so many different topics, careers, and job responsibilities. A lot of programming languages have popped up over the years, but only a handful get used by the mainstream.

There are hundreds of programming languages out there today, but the languages that actually get used by you as a working professional with a computer science background likely depends on your boss’ demands. You may be required to use a single programming language or only certain specified languages to complete a particular project. Otherwise, employers will normally leave it up to you to decide which programming languages to use as long as the work gets done. When you’re given the freedom to code using your favorite language, a language that you probably have lots of knowledge about and plenty of experience using, you’ll be able to produce higher quality work in a shorter amount of time.

Computer science is a very broad field of study about computers and how they function. Computer science touches on just about every topic that deals with how a computer is able to operate, and programming is just one of those many topics. However, languages aren’t everything. People who have a background in computer science may hold all kinds of jobs within the technology sector. There are repair technicians, IT support professionals, software and hardware developers and more, but they don’t all get the same amount of exposure to programming languages. Not every computer-related job deals with programming directly. Software developers are the truest coders, and they must have in-depth expertise of many different programming languages. Their jobs revolve around writing code, so developers probably use more languages than other IT people. Customer service personnel must have some knowledge of computer languages to help with troubleshooting, but they probably don’t know as much as the developers. Repair technicians might not know much about languages at all, but they are great at figuring out what’s wrong with the physical computers themselves.

Any legitimate coding language can be used in the realm of computer science. However, there are only a small number that have been widely adopted in the professional world. Instead of asking what languages are used in computer science, try asking which ones are popular today instead because that should prove more useful for your future.