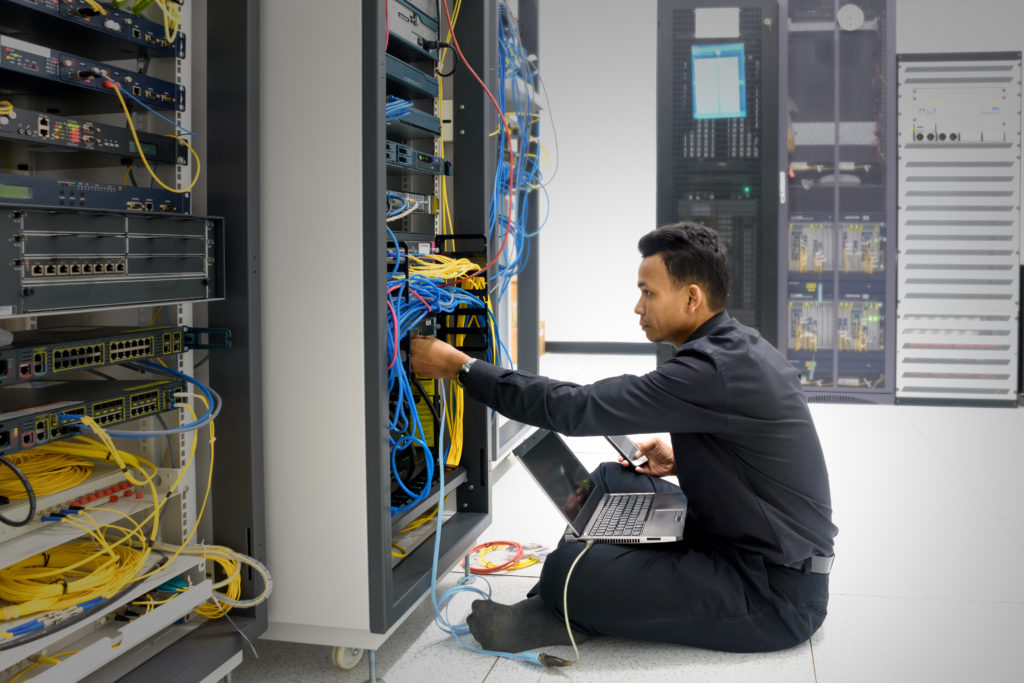 See our ranking of the Top 5 Cheapest Online Associate’s in Network Administration Degrees.

The amount a network administrator earns can vary by many factors, including years of work experience, degree level, employer, and geographic location. How much in demand a worker is can also affect wages. It kind of goes back to the principle of supply and demand. If a specific position is in demand, the individual is more likely to be offered a higher wage. Education and work experience affect wage potential as well.

If two network administrators both applied for the same job, and one was fresh out of college while the other has five years of work experience, the higher wage would most likely go to the administrator with more experience because there would be less time required for training. Who an administrator works for also plays a role in determining wages.

A small company with 20 employers will probably not be able to offer the same wage as a large multi-million dollar corporation with hundreds of employees. Lastly, geographic location can play a large part in earning potential because every state or city has a different cost of living and pays different wages.

As you can see, there is a huge difference between Louisiana at $69,620and Maryland at $110,890. It could be demand, cost of living difference, or a combination of both. It would definitely be advantageous for network administrators to browse around before accepting a job if they don’t have a problem relocating.