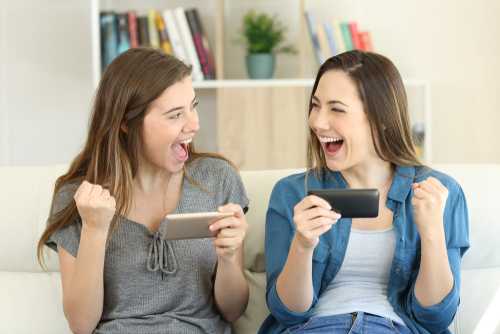 The video game industry is an ever-evolving area, and those interested in the field may ask how does computer science impact games. In today’s highly technological world, game developers are constantly looking for new fresh ideas to broaden the range of consumers seeking to purchase and play an array of video games. As computer science has progressed, the video game industry has implemented various computing technology concepts. Computer science has improved graphics, enhanced multiplayer games, enabled cloud-based and on-demand gaming, and availability of virtual and augmented reality.

The advancement of technology has enabled game developers to use superior graphics to create a variety of characters. Often times, it is hard to tell the difference between actual human beings and computer-generated characters. Characteristics are looking more realistic and games have much more detail. Facial recognition and 3D scanning also enable players to create custom avatars that closely resemble their actual features. Players can transfer their own expressions to digital characters. The settings in games allow gamers to experience playing in completely rendered worlds with photo-realistic backgrounds. The higher quality of images allows players to feel like they are right inside the game. The advancement of television technology has also affected the view and feel of games. With the release of high definition televisions, the game designs had to follow suit.

Multiplayer games have been available for many years, but the incorporation of computer science into gaming boosted the level for various players. With the wide range of devices with access to the internet, including computers, tablets, phones, and watches, individuals can play other people from around the world in the same game. Voice recognition enables players to communicate with each other and games can also recognize voice commands from users. Voice commands can be used to interact on social media and control gameplay.

Previously, if an individual wanted to play a game he or she had one device to run the program. Today, cloud-based gaming enables gamers to continue their game from multiple devices. A game can be started on one device and continued on another without starting over or a player losing their progress. Cloud gaming lightens the load of gaming without the need for powerful hardware. It decreases the need for a large amount of memory and creates vast server-size limits where images are streamed through the internet. The Los Angeles Times shares how On-demand gaming enables players to stream video games through a variety of devices and services.

The newest development in gaming is alternative reality, a concept that enables players to feel like they are actually inside the game. Virtual reality involves taking the player somewhere else and augmented reality involves using the current surroundings as if placing a “skin” over the real world. Virtual reality headset displays are available to immerse gamers into the game setting. Augmented reality games maneuver spaces within actual settings and make the object of the game feel real in the gamer’s current environment.