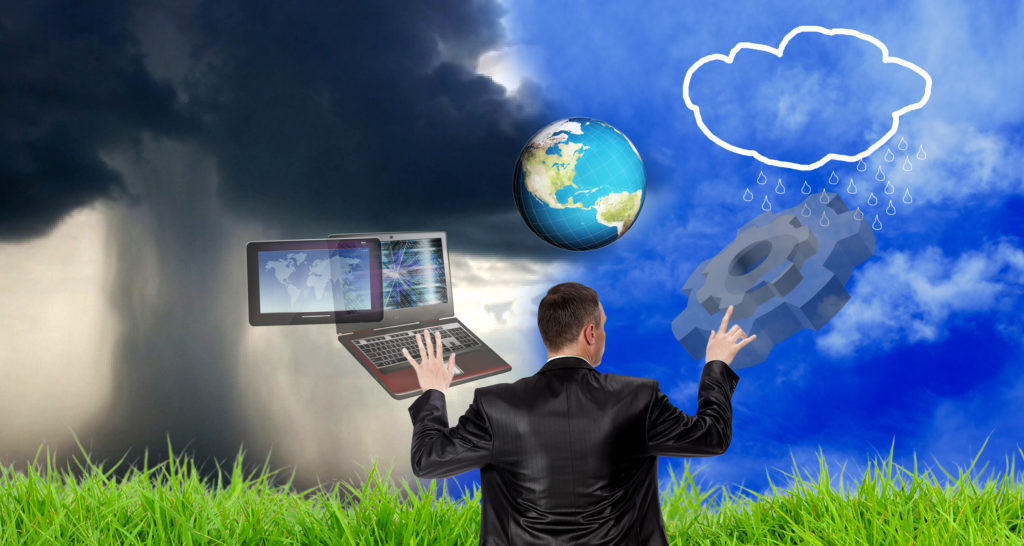 Computer science is changing the way we look at climate change and perhaps even plays a role in slowing that phenomenon. That is important because there is a debate over the extent the climate is changing and even whether it is changing at all. The contention is fired because political groups on both the “right” and the “left” are using the issue of climate change to further their agendas. Additionally, there is a lot of “belief” involved in a discussion about climate change; many things are not proven and become slanted according to people’s beliefs about them.

While the human brain is still superior to computers in many areas, computers are better at compiling fields of data. Analyzing and comparing data from many years of recorded climate and weather information, computers can show trends in areas that might escape other research. Computers working in concert with their human “colleagues,” have identified phenomena that seem to show the carbon dioxide level to be the highest it has been in 800,000 years. Other data shows the shrinking of the polar ice caps and the rising sea levels.

Scientists have used this computer-generated data to construct models of climate change. The first level of these models shows current change and predicts outcomes in the future. The second level, called “Impact Modeling” shows a “picture” of how the changes will affect human life. For instance, an article in Scientific American Magazine says that data points to a connection between the burning of fossil fuels and climate warming. The model predicts that, if not addressed, fossil fuel consumption would increase the incidence of coastal flooding, storms, and food shortages. Computer science enables scientists to look at data on a global basis, over millennials instead of decades.

One way that computer science is affecting climate change may seem silly and decidedly non-scientific. It is social media, and computer science uses it to educate masses of people about climate change. One of the most widely watched articles in media recently was about the fires devouring the Amazon rainforest. There were 1.3 engagements and 265,000 shares of the information. People were so angry that the governments involved were not taking action that they organized worldwide strikes. Looking back at the idea of belief versus fact, many people do not dispute that the climate is changing, but not everyone believes it is an imminent threat. Many “false truths” are posted on media as well. A false truth, according to the Urban Dictionary is a statement that many assume is true, but which cannot be backed up with facts. Educating people by exposing them to verifiable facts on social media may help to raise consciousness about climate change.

Computer science can also be used to better expand renewable energy. Computers are used to design power grids doing tasks like regulating voltage. They are used to decide upon the best way to ship huge wind turbines from manufacturers to areas of consumption around the globe. We are still reliant upon fossil fuels in trucking and air transportation. Computers can help decide how to most effectively utilize these resources.

We are not years, but decades away from being tethered to fossil fuels. Part of that time frame depends upon how fast energy technology advances. The other huge factor is in achieving a universal mindset about the reality of climate change and the need to address it. In both of these areas, computer science plays a vital role in slowing climate change.