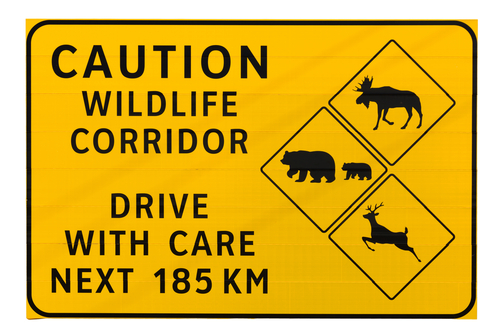 Computer science affects nearly every aspect of our lives today. It impacts community planning, medical procedures, nutrition, and drinking water supplies, and even the ingredients in our toothpaste. It isn’t surprising, then, that computer science is being used to help preserve and protect the environment. Here are some exciting ways that the earth where we live is being tended by computers and their human operators.

An old joke is that a woman wrote the highway department protesting “deer crossing” signs and asking if they couldn’t be moved to lower traffic areas. The thing is, computers are being used to design corridors where wildlife can be encouraged to travel so that they are less impacted by the encroachment of land development. The computers assimilate mountains of data about the wildlife, the environment, the geography of the area, and other factors to create models of the area. The goal is to identify spaces that can be protected with the least effect on human populations.

The problem with global warming is that, while most people don’t deny it is occurring, they disagree on the causes and the need for change. Computer science is helping to frame our understanding of climate change. Many people believe that it is a natural phenomenon that occurs in cycles. Others see it as a man-made crisis that could inundate coastal areas and cause many living creatures to go extinct. Computer models help demonstrate what the earth looked like over a period of thousands of years and can show changes that are occurring. It can also use data to link deterioration in polar ice fields to human intervention. According to a Forbes article, computer models can accurately predict an environmental future as well. All of this requires identifying pertinent data from huge fields of information, assimilating the data and making logical deductions from it. This is something that is nearly impossible for people to do because of the time it would take, but computers can complete the process in a relatively short time.

The Environmental Protection Agency has used computers for years to monitor and to investigate chemicals used in the earth’s soil and waters. In fact, according to an EPA article, Computational Toxicology is an important component of regulating things like fertilizers and pesticides. Although some chemicals might be judged safe by themselves, computer models can show that they might recombine under the soil level to form toxins.

Additionally, computer science is being used in things like stream restoration to understand how excess nitrogen levels or the presence of certain organisms can negatively impact streams and then to restore them. Excess nitrogen in a water supply can impact human life because the presence of high levels of nitrogen in the body restricts the way we use oxygen.

That is a “ten-dollar word” for making it easier for agencies to work together. Computers can combine huge amounts of data from several sources and can make it possible for agencies to see overlaps and gaps in areas of conservation. They can also show governmental and private entities how they can best combine their efforts for the biggest impact with the least economic stress.

These are only a few of the ways in which computers are being used to protect and nourish our earth. Being an environmental steward is easier thanks to new technologies and abilities developed in computer science.