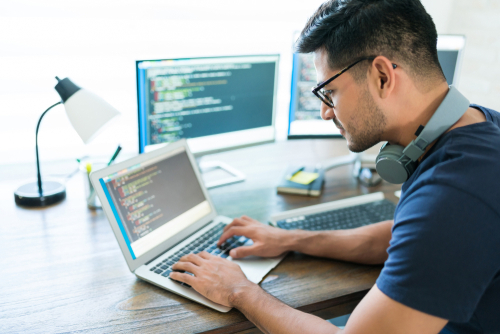 Computer science is a crucial part of the ever-expanding economy in the 21st century. As more and more businesses automate, more and more skilled computer scientist will be needed to take care of the software and hardware that will run these automated facilities. Also, these are 21st-century jobs that will take the place of the jobs lost to automation, which will never return. The quality of this computer science education must be good, and the experience must be demanding enough to train the budding programmers and engineers of tomorrow.

Software engineering is one of the fastest-growing industries in the economy, and if you’re fortunate enough to be able to enroll in the school of your choice, you should know what to look for in a computer science degree program. A standard computer science education covers all of the fundamental computing theory discovered over the last 100 years or so, and these concepts are universal to any Computer Science (CS) degree.

Students should also examine their chosen universities’ research reputations. They should also check out the publications of the professors at the school to see what their peers’ opinions of their work are. Peer-reviewed journals of computer science usually contain the very latest information, and professors who publish will have keen insight into the curricula as the subjects they teach relate to the overall world of computer science.

Students should also do their own research regarding the equipment that their chosen schools possess. Most schools will have up-to-date hardware to provide to their students. Some might even provide computers to their students. These computers might be included in the price of tuition, or they might be given as part of a grant or scholarship the student earns. In rare cases, they might be given gratis simply for attending the school. As is usual with these kinds of questions, the best way to find out what’s what is to ask the school.

It should also go without saying that the school should be of high quality when teaching core courses as well. Even software engineers need good communication skills if only to be able to explain what they’re doing to people who don’t know anything about software engineering. Computer science also involves linear algebra and other classes of basic and advanced mathematics. Well-rounded students have a better perspective on how their chosen field relates to the world around them. They can make wise decisions later in life.

If the prospective student is pursuing an advanced degree, then that person should examine the work of other graduates of the same program of the university. If the student is going after a doctorate in computer science, then the publication “Dissertations Abstracts International” might provide the student with fine examples of written work that the student can both mine for information and use as inspiration. Also, certain schools may only be middle-of-the-road in computer science at an undergraduate level but be near the top of the field at the graduate level.

Students who wish to study online should ensure that the school they wish to attend is both regionally accredited and renowned for its quality of education. There’s nothing that says a good computer science program can’t exist in an online-only format. In fact, some of the basic skills involved in operating online will be part of any undergraduate computer science degree!

What to Take Away From a Computer Science Program 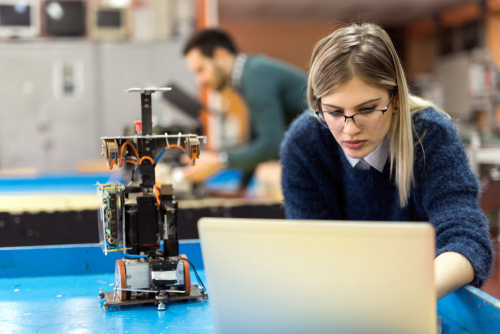 Educators have a very old truism that they impart to their students: You get out of it what you put into it. Even for talented students, computer science is not a “degree that learns itself.” Students must be diligent. They must also be able to think in different patterns. Something they wish to accomplish might be linear today but nonlinear tomorrow. It pays to have exceptional problem-solving skills too. Debugging code is one giant exercise in problem solving.

You will learn about graph algorithms, function classes, time- and space-complexity analysis, computer architecture, discrete mathematics, continuous mathematics and perhaps a little about the history of computing. Any accredited program you enroll in will give you this basic foundation and prepare you for a career in software engineering or computer systems engineering. The difference between a standard CS degree and an exceptional one is the depth of understanding you get from attending a school where the students and faculty deeply care about the ideas being discussed. The schools that offer this level of enthusiasm have reputations for excellence in computer science, and a degree from a college like Stanford, Cal Tech, Berkeley or MIT will make you competitive for jobs at companies like Google, Apple and Microsoft.

It’s not necessary to go to a prestigious, internationally recognized college to get a high-quality education, but if you have the luxury of being somewhat picky about your school, you should look at college rankings before enrolling. In general, enrolling in the best school that will accept you is ideal, and when it comes to a computer science degree, you will end up taking essentially the same courses at any college you attend. The difference between a high-ranking college and a medium- or low-ranking one is the level of competitiveness of the students and the importance of the research produced by the professors. There are good professors at all colleges, and computer science professors in particular care a lot about the subject they teach. Otherwise, they wouldn’t be able to finish one of the most difficult PhD programs in academia. 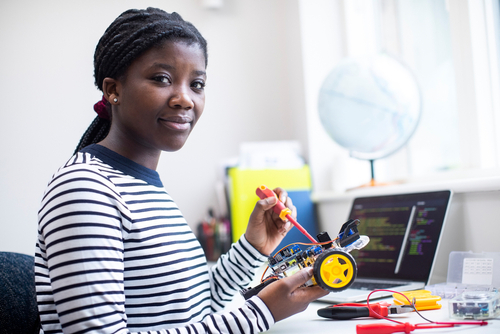 The main purpose of computer science programs across the country is to produce software developers, so they all offer senior-level courses on software design and the software development life cycle. If you get to this level and stay enthusiastic during your senior year, you’ll be ready for a career as a developer. The class sizes at this level are much smaller than freshman and sophomore classes, so you will have plenty of opportunities to learn all about software development from your professors.

Software engineers create the “building blocks” of computer code. Rather than designing entire programs, they design the processes that make up entire programs. Their work is the “micro” part of the software universe. By nature, it is exacting. Software developers rely on engineers’ processes as they build their programs. Engineering processes are therefore part of the foundation.

Students should choose one or the other as their focus in their undergraduate studies. If they wish to be good at both disciplines, then they should do one as undergraduates and focus on the other while pursuing master’s degrees. By doing this, they make themselves qualified for more jobs after they’re done with school. It would make sense to do the software engineering degree first. That way, the student learns how to “make bricks” first before learning to “build a wall.”

What About Computer Engineering?

Necessarily, computer engineers need at least a grounding in software engineering. They have to understand what the software engineers need to accomplish to be able to create devices to fit those needs. As with other computer disciplines, mathematics is essential. In the case of computer engineering, this involves the most advanced calculus so that students understand how vector fields behave and how they can predict certain natural phenomena involved with electrical components. 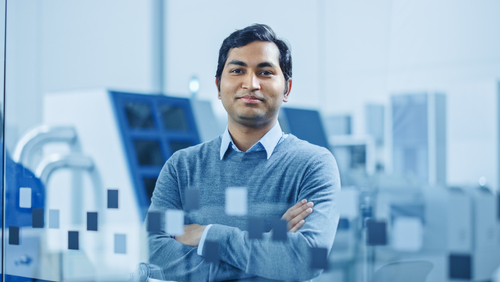 Students can use computer science and computer engineering as the basis for other fields of study as well. For example, computational biology uses computers to predict, analyze, and understand biological processes. Oxford University in England has a renowned computational biology department as part of its computer science program. Princeton University provides students with the opportunity to study computational neuroscience, which involves using computers to model electrical and chemical processes in the human brain.

When it comes to the history of computers and how they have developed over the years, the University of Pennsylvania leads the way. It was there, in 1945, that two men first built ENIAC, and six trailblazing women programmed it to be the world’s first real, working, electric computer.

What About Online Computer Science Degrees?

As one would expect, the job growth for computer scientists, engineers, and developers over the next 10 years will be astronomical. The workforce will grow at a rate greater than 15%, which is much, much faster than other jobs. As the field changes over the next 10 years, there is also the chance that the growth will increase even more as new areas must be studied, researched, and developed.

At this point, the average annual salary in the field is $126,830. The highest-paid workers in the field earn more than $200,000 annually. As the demand for new workers grows, so will the salaries of these sought-after professionals.

Students considering a career in any of the fields discussed in this article should do their research about the schools they wish to attend. One school might be better than another in one area but not as good in another area. Most of the top schools in the field of computer science are excellent at all disciplines, however, so the gradations of how much better one is in any one area than the others is slight.

Still, it would simply be prudent for students to vet their chosen schools based on their planned courses of study. It’d be good practice for the research they will need to do while enrolled! The worlds of computer science and engineering also provide students with degree options up to and including doctorates. Students who wish to become professors or research scientists will likely need one of those doctorates. Whatever students want to study in these fields, there will be a job waiting for them when they are done.

Computer science is one of the youngest fields of science, and it’s currently one of the most important disciplines due to the increasing demand for software. If you’re interested in programming and quantitative analysis, you should enroll in the best computer science degree program you can find.