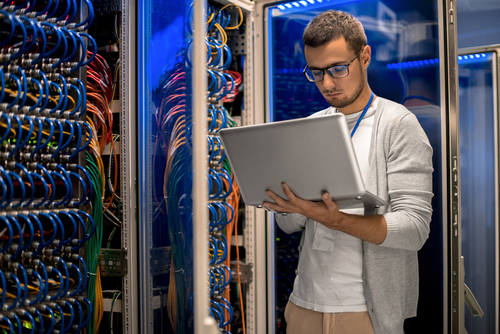 College students look at how much money they can make before choosing a major. Starting salaries and earnings potential give you insight on what to expect after college. Some majors pay higher wages than others. Computer science is one of them.

A computer science degree can open doors to different technology jobs. Understanding which jobs are available and how much money you can make can help you make an informed decision on which career path you want to take. In this article, we discuss the average salary of a computer science major. We also cover the computer science starting salary for college graduates.

Want to know how much do computer science majors make? Read on for more information about the career and earnings of computer scientists.

The average starting salary for a computer science major varies by state. Your average salary is different if you live in New York versus North Carolina. But the Bureau of Labor Statistics (BLS) gives us insight into how much you can make after college with a computer science degree.

The average annual salary for graduates with a computer science degree in the United States is $78,303, according to Ziprecruiter.com. BLS reports an average annual wage for all computer and IT occupations as $97,430. But salaries vary by:

Computer science entry level salary jobs are plentiful. Some college graduates find work in software engineering, while others take jobs in computer engineering. BLS reports a strong outlook for most computer-related careers in the job market.

Another great thing about this major is that students can look forward to increasing salaries throughout their career. A CS student can start out earning an average salary of $60,000/year, but can work their way up to over $100,000 within four years.

Let’s take a look at the career of a computer and information research scientist working in the computer science field.

What is the average computer science salary out of college?

The average salary in the job market for all computer occupations is $97,430, according to BLS. But the average salary for computer and information research scientists is $131,490. But the highest 10% of earners with experience see over $208,000/year.

Your mid career salary can increase the longer you work in the field. Those top earners have been there a while. They get paid for their expertise and their experience.

But the money you earn over the course of your career depends on where you work and what industry you’re in. Large metro areas offer a higher average salary. But the cost of living is more in large areas, so your earnings will not stretch as far as they would if you worked in a place with a lower cost of living.

It’s important to look at all the factors that impact your career as you research what your computer science salary out of college will be. 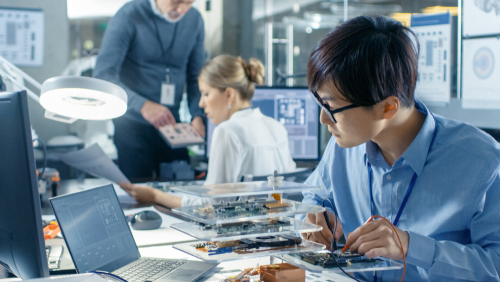 What Types of Computer Science Degrees Are There?

You can earn different computer science degrees at different levels. These degrees include:

Starting out in the computer science field, you might want to consider earning the following undergraduate degrees.

A two-year associate degree will give you the foundation you need to work in entry-level IT jobs. But if you want to advance, consider earning a four-year degree.

You can earn a four-year degree with a concentration or specialization in a niche CS field. Popular areas of study include:

Graduate degrees, such as a master’s in computer science degree, give you advanced knowledge in the field. You can also become an expert in the field by earning a doctorate or PhD. You can also specialize your advanced degree in areas such as:

Jobs You Can Do with a Computer Science Degree

All types of companies need computer science experts. Different industries, too, look for experts in tech. You find CS majors working in industries like:

When you graduate from college with a computer science degree, you can look for jobs in an area of your choice. With a few years of experience, you can advance your career into a management role. Management jobs offer higher wages than entry-level positions.

Here’s a look at some of the jobs you can get with a degree and training in computer science.

A computer hardware engineer works on a computer’s hardware components, These include things like circuit boards and memory devices.

The work demands knowledge of industry trends affecting the tech world. In this job, you develop hardware that can accommodate the new advances in computer software.

The average salary for computer hardware engineers is $128,170/year.

These computer scientists work in a number of fields, including:

An entry-level AI engineer earns an average salary of $97,090/year.

Mobile app developers create apps that people use to keep track of many different things. From planning a road trip to counting calories, a developer is behind the scenes. They work on apps for any hand-held device, such as a:

This is a popular branch of computer science due to the proliferation of mobile apps on the market today.

The computer science average starting salary of a mobile app developer is $120,730/year. 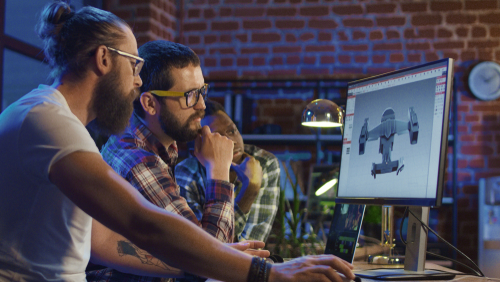 As with many other tech jobs such as software engineers, this one requires excellent communication skills. You also need to know many different computer languages in order to write code. You will need a four-year degree to earn the best wages. A bachelors in computer science salary is higher as a software developer than an associate degree.

A user interface designer is a computer professional who designs the look and maneuverability of apps, software programs, and more. As much as they work on design, they also work on functionality. The best interface designers create intuitive navigation. Their designs allow users to navigate them with ease and without the help of written instructions.

You need more than an associate degree to work in this occupation. Most user interface designers have a four-year computer science degree.

Game developers who attend a college or university program major in computer science with a game creation minor or concentration. They also take classes in art or theater. These courses augment the learning process and allow you to think about your major within the context of video game creation.

The average salary for this occupation is about $80,000/year.

Web developers create a website’s structure and pages. They write code that works with different internet browsers and mobile devices.

To work in this role, you need strong communication skills. Although their work includes math and technology, it’s also creative. Being creative helps in this role when coming up with innovative ways to develop web pages.

Web developers earn an average salary of about $68,000/year.

Other Jobs for Computer Scientists

Where Are the Best Paying Computer Science Jobs?

The average salary for computer science jobs are higher in certain places. Some states and cities pay higher wages than others. Software engineers working in Austin, Texas earn a higher average salary than those in Sebring, Florida.

Here’s a look at the average salary of computer science major jobs in some of the highest paying states and cities.

The BLS lists five top paying states for computer and information research scientists. Here are the top states and their average salary.

Cities like Silicon Valley and San Francisco have always reported top earnings for workers in tech and computers. But other metro areas also pay good wages for CS graduates. Top-paying cities include: 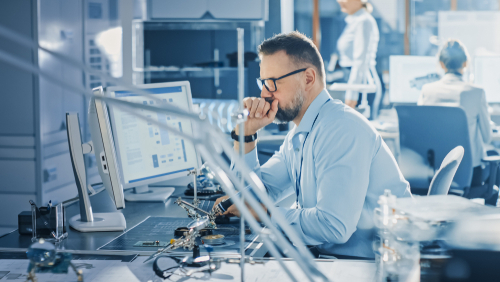 Certifications that Increase Your Earnings

With security positions in high demand, it should come as no surprise that this certification can help you land a job. It can also help you advance in your current role.

A CCSP certification shows employers that you have specialized cybersecurity knowledge. You must pass an exam and have five years of work experience in IT to qualify for this credential. But the certification can benefit a career as a:

Want a job cracking into systems? You’ll need the CEH certification to do it. This certification is good to have if you plan to work in cybersecurity or an IT domain focused on systems security.

To qualify for this certification, you’ll need to take and pass a multiple-choice exam. It will assess your ability to identify weaknesses and vulnerabilities in computer systems and security. The credential is good for three years.

The CISM certification is best suited for IT managers and directors and information security professionals. It also works for other computer science professionals with management aspirations.

This credential focuses on security strategies. It teaches you how to evaluate current policies and systems that are in place. If you’re interested in IT security, this is a good certification to get. It allows you to advance in your career, which can lead to higher pay.

Aspiring computer scientists have many options when it come to the career they want to build. Those who love playing video games find themselves moving toward the gaming industry. With the right credentials, they can get a job in video game development. Others look for ways to contribute to the ever-changing mobile app industry. They work in app creation and development.

Some computer science majors put their skills to work in systems security. They find jobs in cyber security or artificial intelligence. Others move into computer hardware engineering or become software engineers.

Most of these careers require degrees. To leverage your computer science degree, you should look for ways to advance. This might mean going back to school and earning a master’s degree. It can also mean picking up a certification in your field.

As discussed in this article, it is the promised salaries that draw a computer science major to the field. Computer science professionals earn good wages and experience satisfaction on the job. Most have long careers that they enjoy.

And with a good job outlook for the next decade, now is a great time to earn a computer science degree.