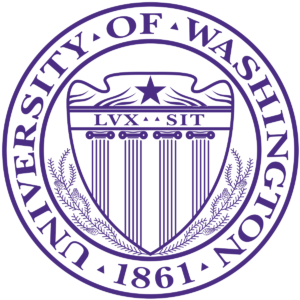 Computer Science at the University of Washington

The University of Washington appears in our ranking of the Top 50 Bachelor’s in Computer Science Degree Programs.

For the Bachelor of Science in Computer Science, the university indicates that the university receives a significant number of applications and that admission is highly selective. In addition to admission for recent high school graduates, the program also accepts applications from transfer students and non-traditional applicants who are above the average age of first-year college students.

Some of the classes students will take in the undergraduate computer science program include Software Design and Implementation, System and Software Tools, and Hardware/Software Interface. There are some prerequisites and general education requirements that applicants must complete before they are admitted to the program.

Similarly, the Professional Master’s Program for computer science is also considered very competitive in its admission policies. About 60 percent of qualified applicants are accepted. Most enrollees are already employed full-time at local companies, and the degree may be earned within two and a half years. Some of the topics under discussion in the graduate program include entrepreneurship, ubiquitous computing, computer vision, robotics, computer architecture, and computational biology.

Students must complete 90 credits to complete their Ph.D. program, with 27 of those credits being earned during the dissertation process. The university even has an option for high school students to learn about computer programming called the DawgBytes K-12 program, which allows UW students to visit local schools as teachers.

About the University of Washington

Almost 48,000 students attend the university, with approximately 15,000 of those students enrolled in graduate study. The school’s official colors are gold and purple, and the university employs more than 16,000 administrative staff and more than 5,800 academic staff. The school’s popular sports teams play as the Huskies, and they participate in NCAA Division I games in the Pac-12 Conference. The university’s mascot is named Harry the Husky, and the school also has a live Malamute mascot named Dubs II.

Regional accreditation for the University of Washington has been granted by the Northwest Commission on Colleges and Universities. The institution is also a member of the Association of American Universities. Regional accreditation applies to the institution as a whole, but the university also boasts some programs with specialized accreditations. Some of the accrediting bodies that have approved programs include the American Alliance of Museums and the American Chemical Society.

The University of Washington saw more than 45,000 students apply to the school, with the university enrolling around 6,990 of those applicants. Overall, the university approved more than 23,000 of its applications. The average GPA of admitted students is 3.72 to 3.95, and the average ACT score is from 27 to 33. Successful applicants tend to have SAT scores from 1240 to 1440.

Applicants to some programs have higher average scores. For example, students who successfully apply to majors in the College of Engineering usually have a high school GPA from 3.88 to 4.00. Students who are admitted to computer science programs usually have a high school GPA of 3.93 to 4.00. To begin the admissions process, students will complete a Coalition Profile for the university, pay an application fee, answer essay questions, send test scores, and send transcripts.

Graduate students pay a tuition rate that is consistent with their program of study, but many students pay around the same amount of money for overall tuition and fees. For residents of Washington, graduate and post-baccalaureate programs are $19,293 a year, which includes various fees like a building fee of $54, a facilities fee of $210, and a bond fee of $96. For non-residents, the overall cost is $33,534, which includes the same fees as Washington residents with a higher tuition rate.

The university sends its financial aid award letters in the spring and summer, and students will usually receive their notifications via electronic communication. Some students who want to attend the University of Washington may need to submit additional documentation to the university to finalize their aid package.