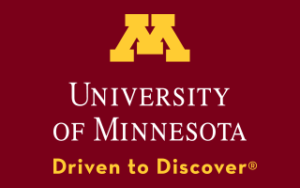 Computer Science Degrees Offered at the University of Minnesota

The University of Minnesota appears in our ranking of the Top 50 Master’s in Computer Science Degree Programs.

The computer science department at the University of Minnesota is extremely competitive, and the rate of graduate admissions is very low. UMN is renowned for its innovative computer science programs, and the research conducted at UMN is ranked among the best in the world. From undergraduate programs to the Ph.D. level, the quality of education offered at UMN is well above-average. While the bachelor’s and master’s degrees in computer science are not available entirely online, many information technology and engineering degrees can be completed online without attending classes in person. Many introductory undergraduate courses are also available online, so residential students can combine physical and online classes during their early years at UMN.

Undergraduate computer science majors can choose to enroll in either a Bachelor of Science or Bachelor of Arts program. The difference between the two programs is the level of preparation each one provides for a professional career or graduate school. Most students interested in entering a business-related career after graduation choose the B.A. program. The B.S. program is intended for engineers and those interested in attending graduate school. UMN also offers an integrated master’s program for undergraduate computer science majors with excellent records of academic performance. Students admitted to this program are able to take several graduate-level courses at undergraduate rates during their last few semesters as undergraduates. The integrated program can be a good bridge to the demanding and fast-paced graduate program of computer science at UMN.

About the University of Minnesota

UMN is a public research university located in Minneapolis and Falcon Heights, Minnesota. It is considered one of America’s “public Ivies,” and it is ranked number 37 by the Academic Ranking of World Universities. UMN is home to a large number of renowned scholars, including 30 Nobel Prize winners and three Pulitzer Prize winners. Several famous Americans have attended UMN, including Hubert Humphrey, Walter Mondale, and Bob Dylan. The Falcon Heights campus is the largest and oldest campus in the University of Minnesota system, which consists of five university campuses throughout Minnesota.

UMN was established in 1851 as a preparatory school for college students, and in 1869, it went through a reorganization process to become a college in its own right. In 1862, UMN received funding from the Morrill Land-Grant Colleges Act, and new courses related to agriculture and engineering were added to the curriculum. Today, the main campus of the UMN system has the sixth-largest student body of any university in the U.S. It is subdivided into 19 colleges, including the Center for Allied Health Programs, the College of Design, the Law School, the College of Liberal Arts and others. UMN is also home to many state-of-the-art institutes and centers of research, including the Center for Cognitive Sciences, the Institute on the Environment and the Minnesota Population Center.

The U.S. News & World Report has ranked several programs at UMN in the top 20 of their kind in the country. It ranked the Medical School sixth, the audiology program ninth, the statistics program 16th, the psychology program eighth and the economics Ph.D. program 10th. Overall, it ranked the undergraduate-level education at UMN 69th in the country. Some of the notable achievements of the students and faculty at UMN include the invention of puffed rice, the discovery of the Calvin Cycle, the creation of some of the world’s fastest computers, the first successful bone marrow transplant, the invention of Gore-Tex and the early development of open-heart surgery.

The Higher Learning Commission has accredited UMN to grant associate’s, bachelor’s, master’s and doctorate degrees at its five physical campuses and online learning system. The HLC provides regional accreditation for universities throughout the central United States. It is backed by the authorization of the federal government, so credits awarded by UMN will be recognized by other colleges and institutions. Many departments and colleges at UMN are independently accredited by specialized commissions. The American Bar Association has accredited the Law School at UMN. The American Psychological Association has accredited the Ph.D.-level psychology programs. While the computer science department isn’t independently accredited by a specialized agency, several programs related to computer science are programmatically accredited, including several graduate programs in audiology.

Admissions to UMN are competitive, and 44 percent of applications are accepted. The graduation rate for full-time undergraduate students is 78 percent. Some applicants with borderline academic records may be placed on waiting lists for enrollment. The average test scores of admitted applicants are higher than many other universities. Average SAT reading scores are 560 to 700 while average SAT math scores are 620 to 750. The average composite ACT scores are 26 to 31. Official academic records and transcripts must be included with every application. Graduate school applicants have a better chance of acceptance if they have a strong background in the subject of their chosen degree specialization. Deadlines for applications for online and residential programs are the same. Applications for fall enrollment are due March 1, and applications for spring enrollment are due November 1.

Minnesota residents pay around $14,142 per year in tuition costs while non-residents pay around $23,806 per year. The average cost of education at UMN, after financial aid has been calculated, is around $16,993 per year, including books and living expenses. Financial aid is available to students with financial need through the Free Application for Federal Student Aid website. With FAFSA, students can apply for federally backed public loans and educational grants. All students can apply for private loans, scholarships, and research grants through the financial aid office of the University of Minnesota.