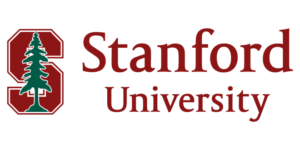 Stanford University appears in our ranking of the Top 50 Master’s in Computer Science Degree Programs.

The computer science department at Stanford University is nationally renowned for both quality of education and innovation. Stanford University provides students of all levels with opportunities in computer science. Even online students can earn a Master of Science in Computer Science. There is all manner of both undergraduate and graduate certificates available, too, such as:

The bachelor’s program in computer science involves not only computer classes but also mathematics, physics, engineering, and basic electronics as well. It is a 120-credit program that also includes a substantial writing project for seniors that is similar to a graduate thesis. Graduate students, in addition to the online degree, can study and earn a Master of Science in Computer Science on campus. Students may also strive for a doctorate if they wish.

Leland Stanford’s philosophy when he founded the university in 1885 was: “… to promote the public welfare by exercising an influence in behalf of humanity and civilization.” Stanford and his wife had lost their son, Leland Jr., in 1884 from typhoid fever, and the university was to be a lasting legacy to him. Six years later, Leland Stanford Junior University, which is still the institution’s legal name, opened its doors. It was a progressive university that was co-educational at a time when others were not.

Stanford University has led the way in many things, including bringing the first website in North America online in 1991. In the middle 1960s, John McCarthy and Les Earnest began studying and developing artificial intelligence technologies. In 1980, the university devoted a substantial portion of its operation to the study of the humanities, and its program is the largest in the country. At Stanford University, the instruction is both student-centric and close-knit because the student-to-faculty ratio is only 5-to-1.

Stanford University has its regional accreditation from the Western Association of Schools and Colleges. In addition, many of the departments and programs of study have earned individual accreditation. Some of them include the:

Only 5 percent of applicants are accepted. The school examines applicants’ academic excellence, intellectual vitality, and personal context. Students must have official transcripts and either SAT or ACT scores submitted. Stanford University will not accept self-sent scores or transcripts. They must submit three letters of recommendation that include two from teachers and one from the guidance counselor. Students have the option of submitting an art portfolio, too, if they exhibit great talent in the arts.

Graduate students must have a bachelor’s degree from a regionally accredited institution in the United States or from a foreign college or university that has earned its country’s version of regional accreditation. They must also submit all previous transcripts and take the Graduate Records Examination, Graduate Management Admissions Test, or Miller Analogies test, depending on their course of study. Computer Science graduate majors must take the GRE. All students, both graduate and undergraduate, must complete an essay of 500-600 words from an approved list of topics. International students must show competency in the English language and have several options for applicable tests.

Stanford University charges quarterly for both tuition and room and board. Members of certain schools of study pay different amounts than the standard, and students should consult Stanford University’s website for full details.

When added together, the cost of everything, including fees, is $74,570 annually. Graduate tuition is the same as undergraduate tuition for those graduate students taking from 11 to 18 credits per semester. Each credit beyond 18 costs $1,127 per semester. When it comes to computer science, because much of that degree program involves engineering, the tuition is $18,005 per semester instead of $16,901. Engineering credits above 18 cost $1,200 per semester.

Many students at Stanford University don’t pay this full amount. The college provides many options for financial aid, and they include work-study and other grants, scholarships, and loans. The government and the university provide need-based aid, and students should begin with the Free Application for Federal Student Aid, which is also known as the FAFSA. There are also private scholarships and grants available. Many of these are merit-based. Both need and merit-based scholarships have their own qualifications and guidelines, and students who don’t meet those run the risk of losing the aid or, worse, having to pay it back as unsubsidized Stafford loans.

International students who plan to work, either off-campus or through a work-study grant program, should ensure that all of their work visas and other immigration documents are in order before enrolling.

SU has led the way with innovation, educational quality, and inclusiveness for its entire existence. As highly rated as it is, Stanford University shows no signs of stopping that successful combination of philosophy and practice.