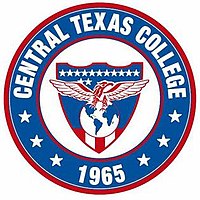 At Central Texas College, students can obtain their associates in either the arts or sciences. A variety of computer science-related certificates are available here as well. CTC has courses offered in over 150 different locations around the world. Many of these degrees can be completed in two years. The following programs are available in the state of Texas either online or at a campus location:

Students are prepared for careers in technology as they pursue their 2-year degrees or certificates at Central Texas College. Problems like identity theft and virtual fraud are very common in the world today, and with an associate’s degree in cybersecurity or any other computer science-related studies, students are taught how to control and limit access to sensitive data and secret information. For the most part, students will need to complete 60 credit hours in order to obtain an associate’s degree. For many of the available certificates, a minimum of 22 credit hours is required.

The first plans for Central Texas College began in 1965. CTC’s campus was first established on 560 acres of donated land. Two years later, in 1967, Central Texas College officially opened its doors and welcomed 2,086 new students during the fall semester. CTC was officially awarded accreditation credentials in 1969 and reaffirmed its status in 2015. Central Texas College has facilities located all over from Europe to Missouri and all the way out to South Korea. Because of its expansive reach, Central Texas is able to serve military personnel who are located locally as well as overseas. In its earliest years, Central Texas was providing students with telecourses. Students were able to tune in via conference video. This service first started at service areas in 1994, and by 1996 it was expanded to the Central Campus. The media bits were professionally produced. The very first online course was held in 1998. Central Texas was invited to become a member of the Sloan Consortium in 1999. In 2000, CTC was invited to join the Army University Access Online group so that soldiers located in the United States could utilize the educational resources. By 2001, CTC was offering complete associate’s degrees. Central Texas College is a frontrunner in two-year degrees and distance education.

Central Texas College is comprised of multiple locations which are technical administrative units. These groups are called campuses and they are:

The Central Campus and Service area, as well as the Fort Hood campus, are based in Texas. Central Texas extends its resources to more than just civilians and military personnel. Incarcerated persons are given the privilege of education. Central Texas College was ranked 3rd best for non-traditional online schools for military personnel and 1st for its associate-level degrees for military members who use tuition assistance.

Central Texas College’s overall mission is to ensure that people have access to educational opportunities that offer high-quality courses. CTC’s global community is full of diversity and exceptional academic flexibility. The college is founded on the values of practicing accountability and trustworthiness. Students are submerged in an environment that believes in each individual who is enrolled. Maintaining excellence and dignity is a priority for Central Texas College.

All students seeking admissions should prepare an online application. The form can be accessed on Central Texas College’s website. CTC accepts official high school transcripts as well as GEDs. All students should submit an immunization form. Some students may have to take entrance tests. Those with satisfactory transcript test scores or college credits will be exempt.

Students who are nonresidents of the state of Texas should contact an academic advisor prior to applying. If accepted, students can move on to the next steps. Which includes choosing financial aid packets and scholarship options. Once these are selected, prospectives will register and pay for each class they choose to participate in.

Students can receive financial aid in the form of a grant, loan, scholarship, or through the work-study program. Scholarships are gifted from Central Texas College as well as through outside organizations. Every year an average of 200 students receive a scholarship award from the CTC Foundation.

If you’re looking for a dynamic Higher Learning facility, Central Texas College is right for you.