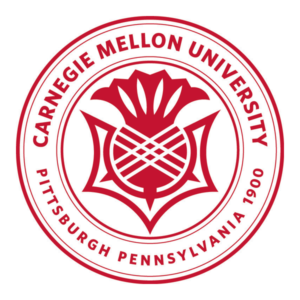 Carnegie Mellon University appears in our ranking of the Top 50 Master’s in Computer Science Degree Programs.

The Carnegie Mellon University (CMU) School of Computer Science has a wide selection of technical degree programs from the bachelor’s to doctoral level. For the Bachelor of Science in Computer Science, along with general education requirements, students take a series of eight required classes including Principles of Imperative Computation, Great Ideas in Theoretical Computer Science, and Algorithm Design and Analysis. After these, students have many options when it comes to choosing electives but must take at least one class from the categories of Algorithms and Complexity, Logic and Languages, Software Systems, and Applications. Students can also choose a more specialized major like computational biology, robotics, human-computer interaction, and artificial intelligence. An interdisciplinary option, the B.S. in Computer Science and the Arts, combines a minimum of 12 computer science classes along with a concentration track in art, architecture, drama, or music. All students are encouraged to get involved with research early in their time at Carnegie Mellon, and the Institute for Software Research, the Robotics Institute, and the Language Technologies Institute are just some of the many state-of-the-art facilities on campus.

There are seven departments within the School of Computer Science that offer a total of at 22 master’s degrees and 18 doctorate degrees. Some of these programs, like the Master of Science in Computer Science, allow students to design their own curriculum as long as they pass at least 96 units including at least one course each in artificial intelligence, theoretical foundations, and systems, maintaining a ‘B’ average or higher. Other programs have a preset core curriculum like the Master of Information Technology Strategy which has a 48-hour core after which students choose one of the following concentrations, Data Analytics, Politics and Strategy, Information Security, and Software and Networked Systems. For students pursuing both their undergraduate and graduate degrees at Carnegie Mellon, many computer science programs offer a 5th-year master’s option where students take graduate classes during their fourth year of undergraduate work and then can finish both degrees in 5 years. Online courses are another way CMU helps make its programs accessible. While undergraduates must attend courses on campus, some master’s degree programs can be completed online like the M.S. in Information Technology.

Doctoral students have a great deal of leeway when choosing which courses to take. Research is the primary focus of these programs, and students are encouraged to design their own projects and collaborate with their peers and professors. The large size and diversity of the School of Computer Science are two of the benefits of attending Carnegie Mellon because all student can tailor their programs to their specific research interests.

In 1900, Andrew Carnegie, a successful businessman who had begun his working life in a factory, donated the funds to open the Carnegie Technical Schools to provide career training to working-class families in Pittsburgh, Pennsylvania. It began offering undergraduate degrees to both men and women in 1912, primarily in the areas of arts, trades, and technology. In 1967, the school merged with the Mellon Institute of Industrial Research to become Carnegie Mellon University and continued expanding until its present size with campuses worldwide, especially in technology hot spots like Silicon Valley, California. Today, the university has an enrollment of over 13,000 students across seven colleges spanning all disciplines of study. Throughout its growth, the school has continued in its mission to provide a well-rounded education to its students and to ingrain in them the importance of research, innovation, and collaboration. In fact, the U.S. News and World Report has ranked Carnegie Mellon University the 7th most innovative national university as well as the 25th best school overall. In addition, the computer science graduate department ranks first out of the top 188 programs in the United States.

The Middle States Commission on Higher Education (MSCHE) has provided regional accreditation to Carnegie Mellon University continuously since 1921 with its last recertification in 2018. The MSCHE has developed quality standards for colleges and universities in Pennsylvania and other nearby states. These schools undergo regular evaluations in the areas of goals, ethics, teaching methods, campus life, outcomes, planning, self-improvement, and administration to ensure that they continue to meet all benchmarks. Regional accreditation is recognized by the government and other scholarship agencies, and students only qualify for federal financial if they enroll in accredited institutions.

Undergraduate admission to Carnegie Mellon University is very selective with an acceptance rate to the School of Computer Science of just five percent, so applicants are encouraged to submit their applications early in the cycle with a deadline of November 1st for early decision and January 1st for regular decision. To be considered, the Common Application must be accompanied by official high school transcripts along with a school counselor evaluation, teacher recommendation form, essay and personal statement, SAT or ACT scores, and $75 fee. The School of Computer Science also recommends that applicants submit scores from the Math Level II and either Physics, Chemistry, or Biology SAT Subject tests. Requirements for graduate admission vary by program, but all students must submit the CMU online application form, GRE scores, resume, three letters of recommendation, and a statement of purpose. Applicants to the master’s and doctoral programs can choose up to three computer science programs on their application.

Undergraduate tuition to Carnegie Mellon University is about $55,000 per year with most students receiving some form of financial aid. The university is committed to ensuring that all admitted students have the financial resources to enroll without solely relying on student loans. Students are encouraged to apply for grants and endowed scholarships which are awarded based on financial need and/or achievements. In addition, there are a variety of work-study positions on campus which provide funding as well as relevant experience and professional references. Tuition for computer science master’s degrees is around $50,000 per year, and most departments have scholarships and grants available. All doctoral candidates are 100% funded through CMU so that they can work full-time on research and in teaching positions on campus. Carnegie Mellon University admission counselors are available to answer any questions about specific programs, admissions, and financial aid.