If you are interested in learning about the history of programming languages, you have come to the right place. With technology continuously on the rise in today’s world, computer programming is widely used by various individuals and companies around the world. When a person is accessing any computer applications, social media platforms, or even their email, there are programming languages, also known as codes, working in the background to deliver these features. In this article, you will learn where programming languages started as well as a brief history on the topic.

When Was the First Programming Language Created?

Important Historical Events in the Development of Programming Languages

Ada Lovelace created the very first machine algorithm in 1843, which was the beginning of the invention of programming languages. She created this algorithm for the Difference Machine, which was a calculating machine that was constructed in the 1820s by the mathematician Charles Babbage.

In the early 1940s, Konrad Zuse created the programming language that was called Plankalkul. This was the very first high-level programming language developed for computers. It stored several codes that could be used repeatedly by engineers to perform certain operations routinely.

In 1949, the Electronic Delay Storage Automatic Calculator was the first to use assembly language, which was considered to be a low-level computer programming language that broke down the complex language of machine codes. This means that the instructions to work a computer were put into more simplified terms.

Shortcode was first mentioned by John McCauley in early 1949, but it was not used until late 1949 and early 1950 by William Schmitt to benefit the procedures of the BINAC computer as well as the UNIVAC.

In 1952, Alick Glennie created the term Autocode which means “a family of programming languages.” He was a computer scientist who initially used autocode for the Mark 1 computer. It was the very first compiled programming language to be used to translate machine code through a special program called the compiler.

In 1957, John Backus implemented the FORmula TRANslation (FORTRAN), which is the oldest computer programming language that is still being used today around the nation. The FORTRAN was developed to solve mathematical, statistical, and scientific problems.

Algorithmic language (ALGOL) and List Processor (LISP) were both created in 1958. ALGOL was developed by several European and American computer scientists and was considered to be the very beginning of many popular programming languages including C, Java, C++, and Pascal.

John McCarthy created LISP for artificial intelligence (AI) purposes. It is currently one of the oldest computer programming languages still being used. Many individuals and businesses are continuing to use LISP instead of other programs such as Python or Ruby. 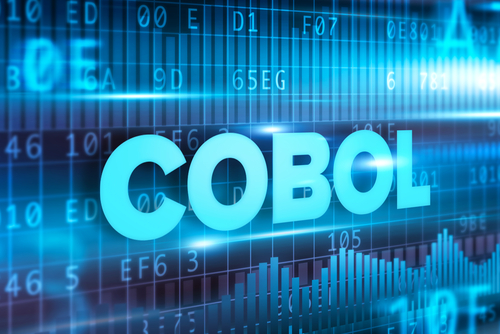 The Common Business Oriented Language (COBOL) was first invented in 1959 by Dr. Grace Murray Hopper. This was a huge milestone for the history of programming languages as it is the computer programming language behind ATMs, cellular device and landline telephones, traffic signals, credit card processors, and so much more. COBOL was put into place to run on all computer types and is still regularly used by bank systems today.

Students attending Dartmouth College created the Beginner’s All-Purpose Symbolic Instruction Code (BASIC) in 1964. Its purpose was to help students who did not have much comprehension of computers or math. Later on, Paul Allen and Bill Gates worked further on this programming language, and it became Microsoft’s first sold product.

Niklaus Wirth implemented PASCAL and named it after the famous mathematician Blaise Pascal. It was originally created to help individuals learn how to use programming languages, and Apple was one of the top companies supporting it due to its simplified and easy process.

C was created by Dennis Ritchie to use solely with the operating system called Unix. The reason it was given the name “C” is because it was a newer programming language that derived from the language “B.”. Apple, Google, and Facebook are a few of the top tech companies that are still using the C programming language.

Structured Query Language (SQL) was first generated by Donald Chamberlain and Raymond Boyce to change and view important data that was stored on computers. Many businesses still use SQL today including Accenture and Microsoft.

Jean Ichbiah led the construction of Ada, which was named after the first person to ever use programming languages, Ada Lovelace. Ada is a high-level computer programming language and is commonly used to control air traffic in various countries such as Belgium, Germany, and Australia.

In 1983, the C programming language was altered and transformed to become C++ by Bjarne Stroustrup. C++ had new features that C was missing, such as templates, classes, and virtual tasks. C++ is known to be one of the best programming languages and even won an award in 2003. Many programs use C++ including Microsoft Office, gaming platforms, Adobe Photoshop, and so much more.

Objective-C was produced in 1983 by Tom Love and Brad Cox and is the leading computer programming language used for all Apple systems including iOs and macOS.

Perl was launched in 1987 by Larry Wall. It originally was created to edit text, but it is now mostly used for a variety of different purposes within database applications, graphic programs, network programs, and more.

Haskell was formed and named after the famous mathematician Haskell Brooks Curry in 1990. This programming language is typically used for mathematical procedures. Many businesses and organizations use Haskell for different reasons, but it is also often used to create video games.

Microsoft constructed Visual Basic in 1991 to help users drag and drop codes through a geographical user interface. By using Visual Basic, individuals and companies are able to easily select and change a large set of codes at once.

Python is one of the most well-known computer programming languages. It was established in 1991 by Guido Van Rossum to provide support to various programming styles. Yahoo, Spotify, and Google are just a few of the companies still widely using this program to this day.

Ruby was developed by Yukihiro Matsumoto in 1993. Many programs inspired the creation of Ruby, such as Perl, Smalltalk, Lisp, Ada, and many more. Users who use Perl usually have an objective to develop certain web applications. A few of the companies that use Ruby often are Hulu, Groupon, and Twitter. 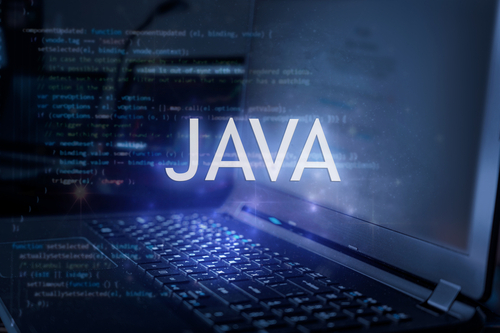 James Gosling created Java for the purpose of an interactive television project. It is one of most favored programming languages still being constantly used today on cellular devices and computers.

Brendan Eich developed JavaScript in 1995 to help individuals with creating webpages, browsers, widgets, and PDF documents. Majority of websites that you access use JavaScript such as Mozilla Firefox, Gmail, and Adobe Photoshop.

Hypertext Preprocessor (PHP) was first introduced in 1995 as Personal Homepage. Its goal is to help individuals and businesses build and update their websites. Several companies still depend on PHP such as Wikipedia, WordPress, Facebook, and many more.

In 2000, C# was put into effect by Microsoft with the purpose of merging the computing features of C++ with Visual Basic’s simplified features. C# is described as being similar to Java even though it derived from C++ and Visual Basic. All Microsoft tools and products currently use C#.

In 2003, Martin Odersky produced Scala, a mathematical programming language. It is compatible with Java, which is essential to Android’s system development. Some of the companies still using Scala are LinkedIn, Netflix, Foursquare, and Twitter.

Bob McWhirter and James Strachan developed Groovy, which is a programming language that originated from Java. The purpose of Groovy is to improve efficiency and production. Starbucks and Craftbase are a couple of the well-known companies using Groovy to complete their daily tasks.

In 2009, Google launched Go to solve and handle any issues that may occur when dealing with larger software systems. It consists of a very modern and easy-to-use structure, which has made it popular for companies and organizations throughout the globe to adopt. Some of these include Uber, Google, Twitch, and more.

Are Any of the Old Programming Languages Still Being Used?

Some of the old programming languages have been put to rest, but there are many still being used today. In fact, FORTRAN has been around since 1953, and the newest version was revealed in 2018. It was created at IBM and has been updated and modified for use on the latest high-speed computers. COBOL is another programming language that is still being widely used. It was developed in 1959, and banks rely on it heavily to this day for in-person transactions as well as ATM transactions.

Which Programming Language Is the Most Popular in the Technological World Today? 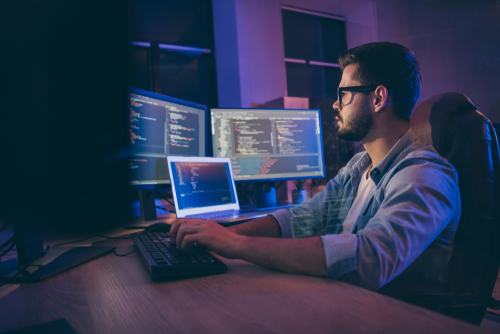